Today in the early Asian market, WTI crude oil prices dropped slightly due to the continuous United States and China trade war, with rises in OPEC stockpiles and economic weakness in emerging markets. WTI crude oil slipped 0.4% to $54.88 a barrel.
This is the second day since the new tariffs kicked in. The United States imposed a 15% tariff on Chinese goods, including television and shoes on Sunday, and on the flip side, China imposed tariffs on US crude oil and other goods in retaliatory action. By the way, the additional tariffs on both sides will take effect in the last month of this year.

According to reports, the United States and China trade leaders continue to struggle to schedule a meeting during this month to stop the ongoing trade war.
WTI crude oil inventories from the Organization of the Petroleum Exporting Countries increased during August for the 1st time this year due to higher supply from Iraq and Nigeria.
According to forecast, WTI crude oil prices will try to make large increases during this week without any progress in trade talks or meetings, Besides this, the soft data from Asia and possible cracking of OPEC’s resolve to control production can also weigh on oil markets. 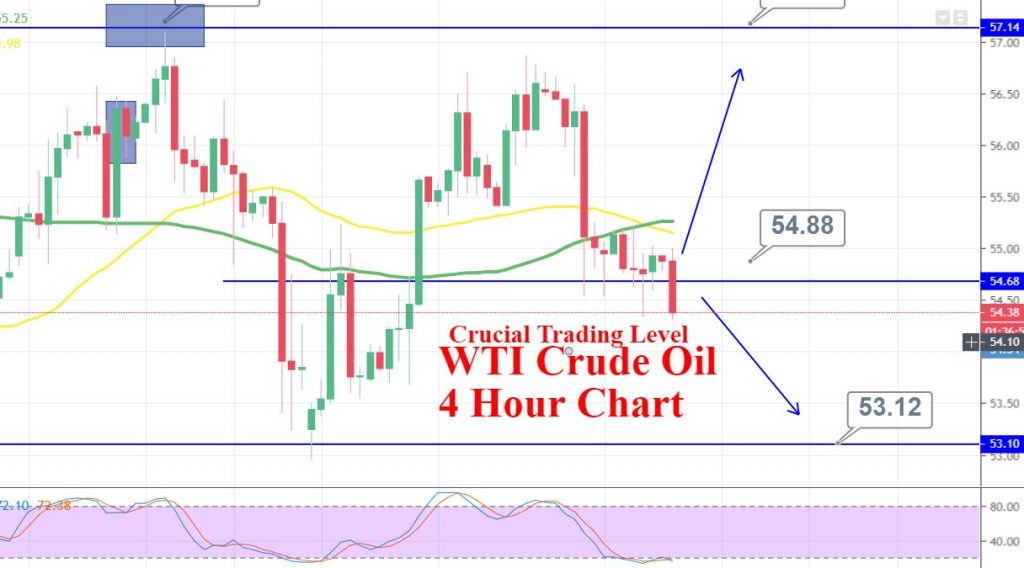