On Wednesday, the financial markets opened with a dramatic change in GOLD, Japanese yen, and stock markets. Most of the moves came due to the US dollar which slipped as weak US manufacturing stoked wagers on aggressive policy easing. On the other hand, the safe-haven appeal was triggered over US-China trade war and the ongoing uncertainties in the United Kingdom. Meanwhile. the British pound recouped losses in the wake of a parliamentary vote that opened the door for another Brexit delay.

One of the reasons behind dollar’s bullish bias is that traders favored the greenback on worries about US-China trade tensions and a chaotic British exit from the European Union. The dollar’s initial gains abated in the wake of a report that showed the US manufacturing sector recorded its first monthly contraction since 2016 in August.

Services PMI is a leading indicator of economic health – businesses react quickly to market conditions, and their purchasing managers hold perhaps the most current and relevant insight into the company’s view of the economy. Above 50.0 indicates industry expansion, below indicates contraction. The Markit is due to release a series of economic events, which include:

German Final Services PMI – It’s scheduled with a forecast of 54.4, exactly like the previous month’s figure of 54.4.

Final Services PMI –  It due at 8:00 GMT but it may also fail to drive any price action in the market. Economists are expecting no change in final services PMI data. A figure of 53.4 is on the cards this month.

During these hearings, the BOE Governor and several MPC members testify on inflation and the economic outlook before Parliament’s Treasury Committee. The hearings are a few hours in length and can create market volatility for the duration. Especially noted are the direct comments made about the currency markets.

Bank of England Governor Mark Carney is set to face hard questions on after Parliament’s Treasury Committee entitled John Mann as interim chair. Mann and Carney have had interesting debates at committee discussions over the years.

Among the statements by the BOE policymakers, Governor Mark Carney’s testimony will be closely heard, in the light of the fresh dovish bias. Note that the hearings will be on the May inflation report and lately, the UK economy is suffering bad inflation numbers. Let’s see what Carney has to say about it.

However, there’s plenty of sentiments expecting the central bank to cut rates this fall amid mounting global trade tensions.

BOC’s current rate is 1.75% while economists are expecting it to be same this month.

Any surprise change in rate is going to drive aggressive price action in the Loonie for at least 100 to 200 pips. So better be ready for any surprise. 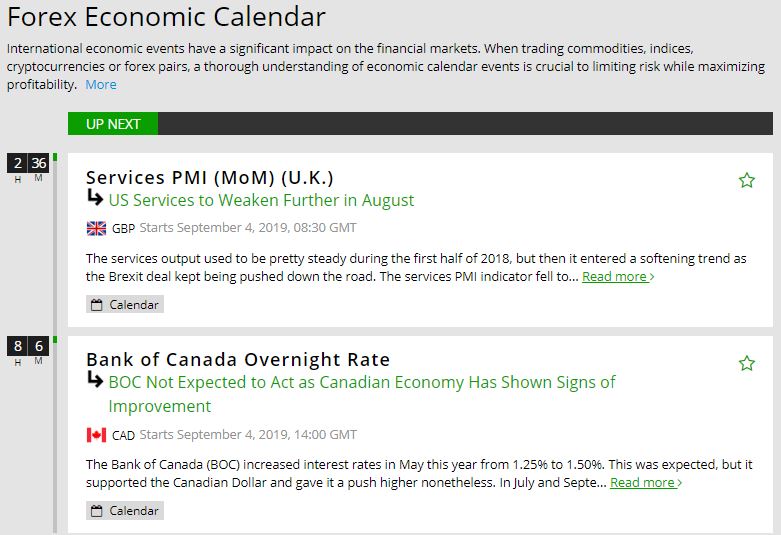 Stay tuned to FX Leaders for exciting trade setups. Check out the FX Leaders economic calendar for the live coverage of these major events.