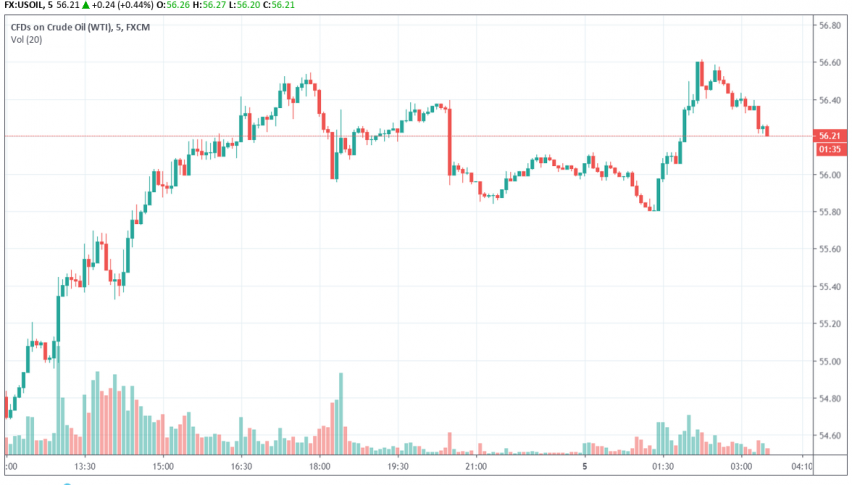 WTI crude oil prices slipped lower on Thursday following the release of the API report which revealed an unexpected build in US crude inventories. At the time of writing, WTI crude oil is trading at around $56.21 per barrel.

According to the API report, crude inventories in the US grew by 401k barrels during the previous week to touch 429.1 million, while analysts expected a decline by 2.5 million barrels instead. Oil prices had climbed higher on Wednesday, buoyed by an expansion in China’s services industry and a resolution of the Hong Kong crisis.

However, the US-China trade war continues to dent the sentiment in oil markets, with no resolution in sight. On Tuesday, US President Donald Trump issued yet another warning that he would act tougher against China if trade talks get delayed further, further weighing on an already bearish crude oil.