During the Asian session, WTI crude oil prices dropped as increasing US crude stockpiles outweighed positive news that came from the United States and China trade war. The WTI futures dropped by 0.3% to trade at $56.12. Most of the selling came due to the ongoing US-China trade war issue and the surge in WTI crude oil inventories.

On Wednesday, the American Petroleum Institute (API) reported a surprise crude oil inventory build of 401,000 barrels for the week ending August 29, compared to analyst expectations of a 3.50-million barrel draw.

The Energy Information Administration will report the stockpile data at 15:00 GMT today. During the previous week, the EIA report shocked the market, causing a massive buying in crude oil. As per the report, the EIA stockpile fell by 10M vs. forecast of 2.4M draw.

The draw of 2.4 million barrels is on the cards and we may see strong price action only in case of a surprisingly high build or draw in EIA report.

Meanwhile, at the Honk Kong front, the leader of Hong Kong Carrie Lam has finally accepted to dismiss the bill that started protests at home and offered further support to the risk-on sentiment. 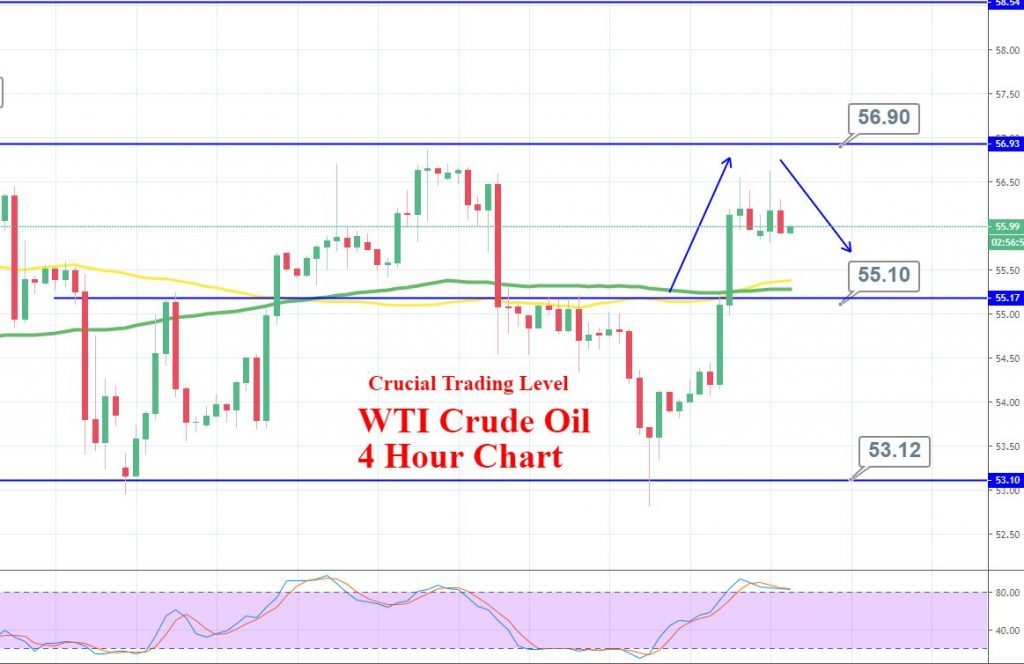 USD/CAD Continues the Decline, Despite the Retreat in Oil Prices
2 days ago