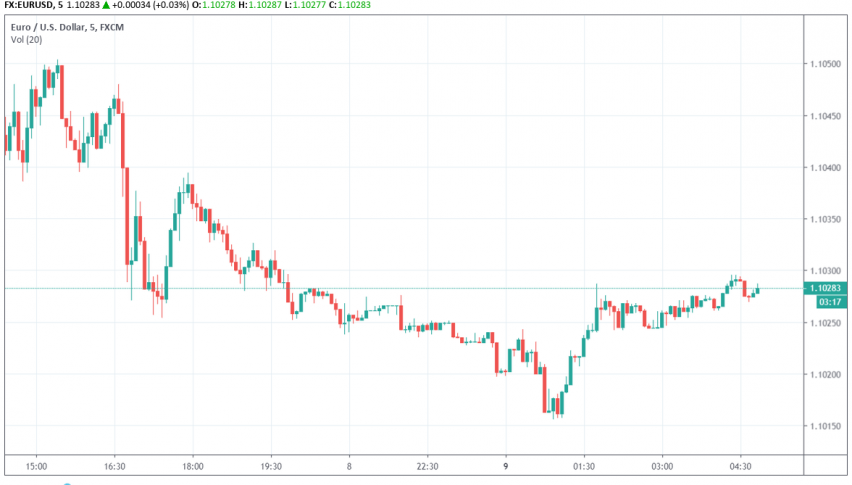 On Monday, the Euro is trading bearish against the US dollar over increased expectations for the ECB to ease its monetary policy as the Eurozone economy continues to under-perform. At the time of writing, EUR/USD is trading at around 1.102.

The European Central Bank meeting is due to take place on Thursday and markets are widely expecting an announcement of easing monetary policies, just like the PBOC did last week. The US-China trade war continues to drag on and the weakness in the global economy is also expected to continue until trade tensions abate.

Interest rates in the Eurozone have been holding near zero for quite some time but the ECB could announce a rate cut in its upcoming meeting in a bid to boost the Eurozone economy. However, some economists have cautioned that a rate cut after over four years of low rates could end up doing more harm than good towards reviving the economy.