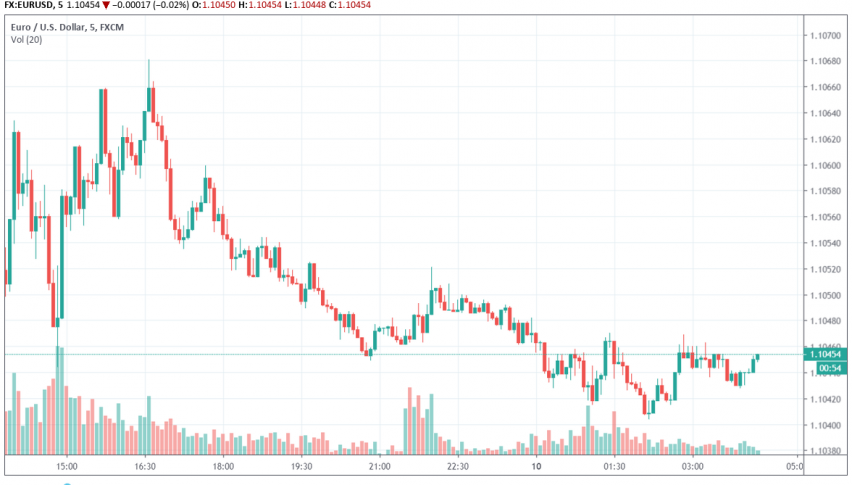 The Euro continues to trade weaker against the US dollar into Tuesday as concerns of weakening in the German and Eurozone economy weigh on the currency. At the time of writing, EUR/USD is trading at around 1.104.

On Monday, the Euro rose slightly over reports that Germany was considering stimulus measures to support its economy by taking on new desbt. However, the hopes of ECB cutting rates or easing its monetary policy at its upcoming meeting this week is exerting downward pressure on the single currency.

On Thursday, the ECB is expected to roll out additional monetary stimulus measures to prop up the weakening Eurozone economy. However, if the ECB comes out sounding less dovish that markets expect, the Euro could get a boost and make some gains following the meeting.