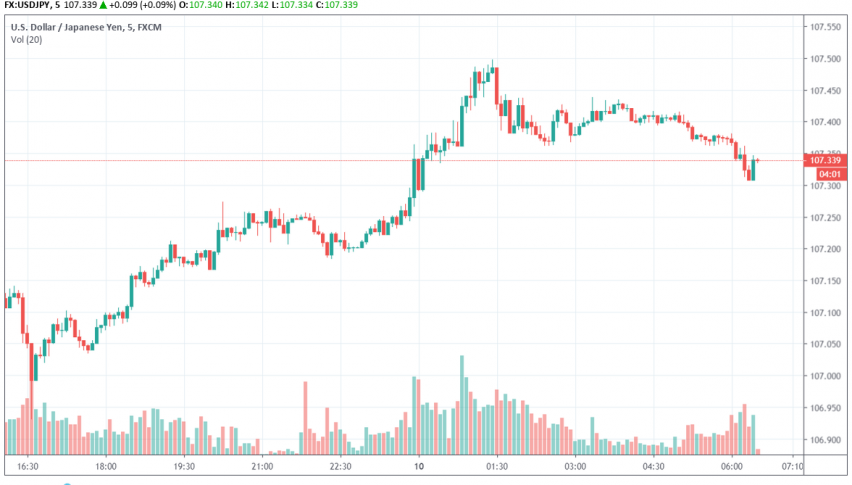 Safe haven currencies Japanese yen and Swiss franc have slipped to trade close to five-week highs as the market sentiment improves and investors switch to trade riskier currencies. At the time of writing, USD/JPY is trading at around 107.33.

Markets remain optimistic about the upcoming face-to-face meeting between trade teams of US and China in Washington in October. In addition, news from Europe about a lower likelihood of a no-deal Brexit and a possible stimulus for the German economy have also improved the risk-on sentiment in markets.

However, this shift in sentiment appears to be a temporary respite as uncertainty continues to reign, especially on the trade war and Brexit front. In addition, the upcoming ECB meeting on Thursday could also sour the market sentiment if the central bank adopts a too-dovish stance.

Markets are expecting ECB to roll out stimulus programs and maybe even lower interest rates to stem the Eurozone economy’s weakness. If this happens, safe haven assets like GOLD and currencies like JPY and CHF will regain their appeal once again.