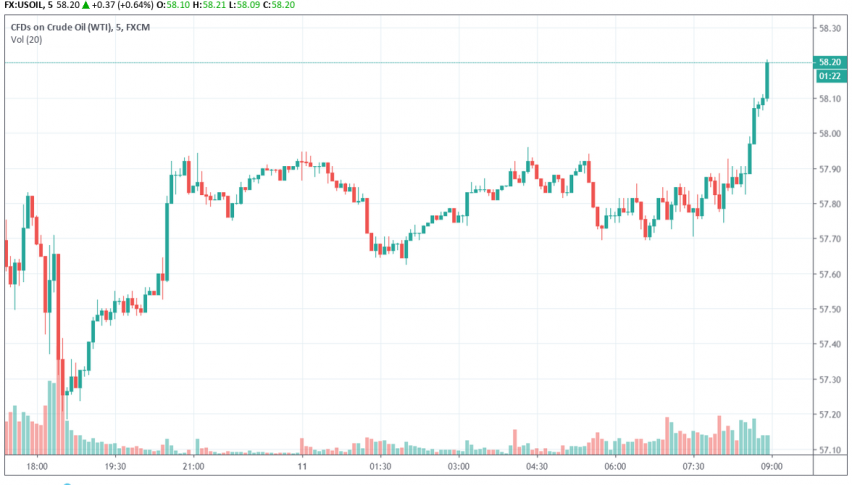 According to Iraq’s oil minister, Thamer Ghadhban, OPEC+ members could potentially explore increasing production cuts over weakening demand for crude oil in global markets. OPEC and its allies are due to meet on Thursday.

Ghadhban is also planning to meet with his counterparts from Saudi Arabia and Russian later today, and the issue of output curbs is likely to come up then. OPEC+ countries have agreed to cut crude production by 1.2 million bpd till early next year in the face of a potential slowdown in the global economy.

On the release of this news, WTI crude oil has surged higher and is currently trading at around $58.20 per barrel.