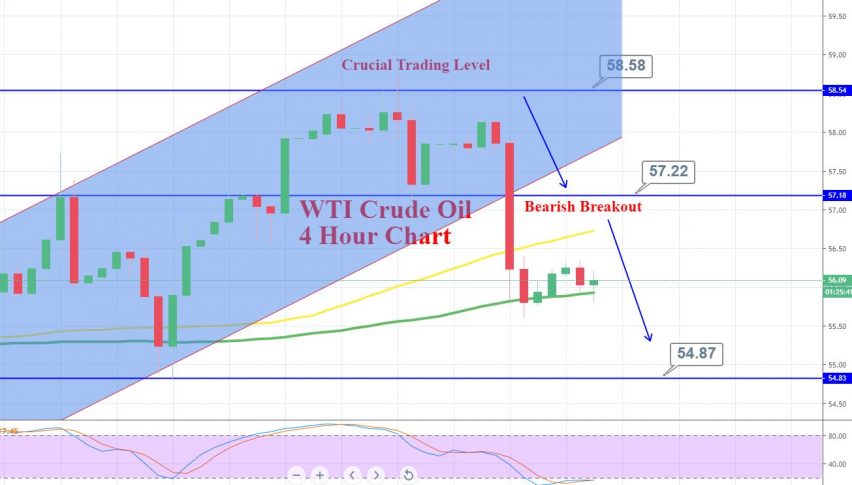 WTI crude oil prices are trying to recover above 56 after having huge losses in the earlier session. It’s probably due to decreasing trade tensions between the United States and China which lately eased after both nations extended traiff hike dates from October 1 to October 15.
The advance came after China proposed to spare some US anti-cancer drugs and other products from tariffs and US President Donald Trump declared a delay on planned tariff hikes on billions of dollars’ value of Chinese goods.
WTI crude oil prices are bearish around 15% from their top during April due to the market have been under pressure on fears that the United States and China would extend their trade dispute for longer.
Crude stockpiles dropped for a 4th-straight week, declining 6.9 million barrels in the week to 6 September – against the exceptions of a 2.7 million-barrel drawdown.
At 416.1 million barrels, US crude oil inventories were at their weakest since October 2018, and approximately 2% below the 5-year average for this time of year, the EIA said. 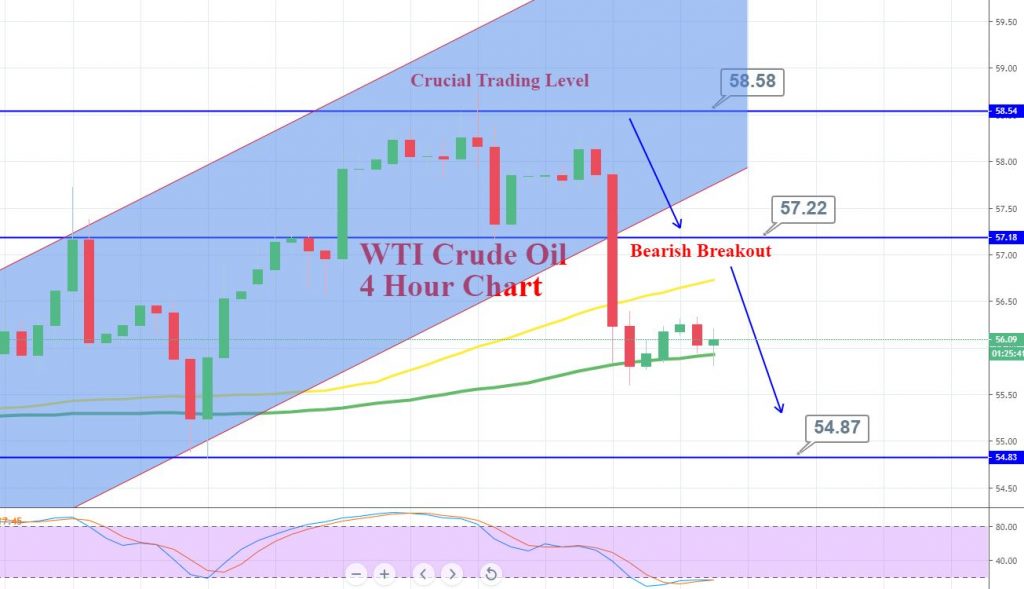 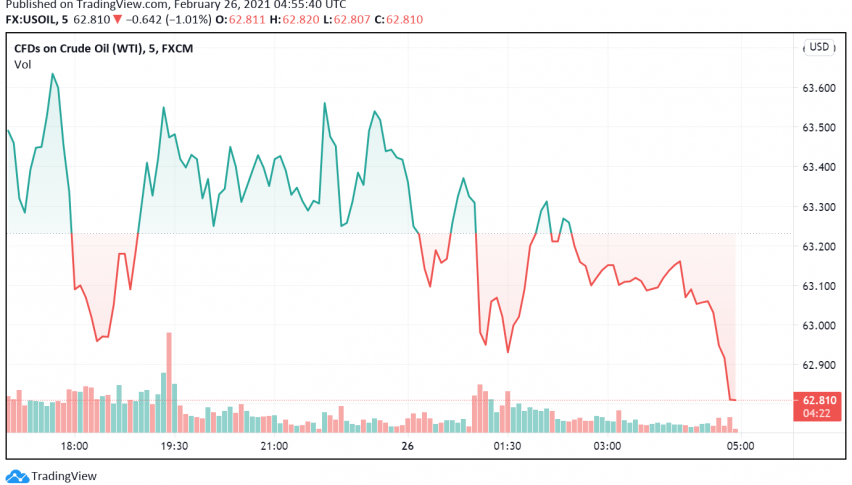 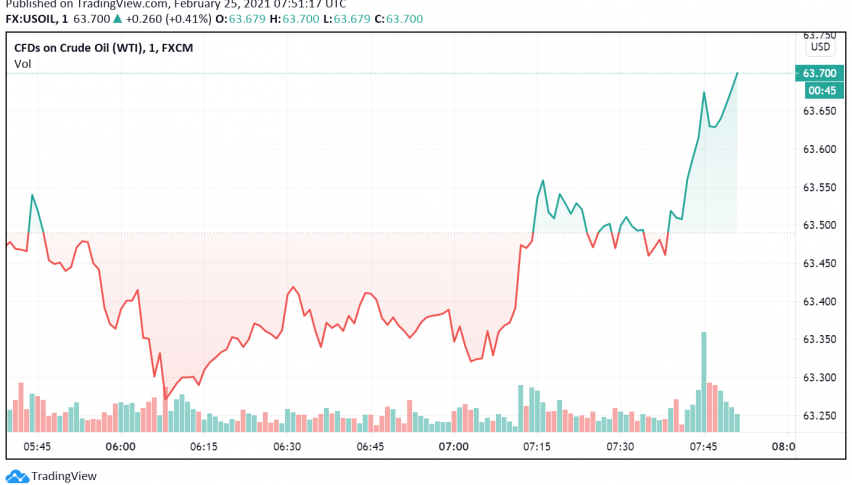 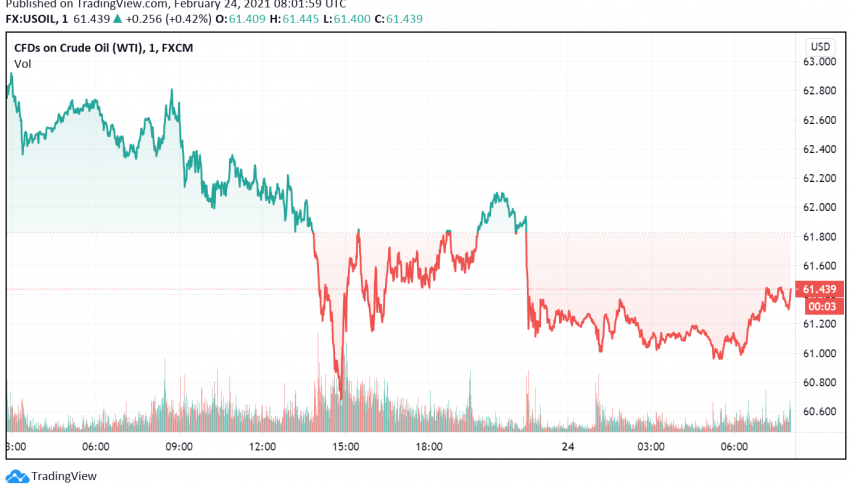