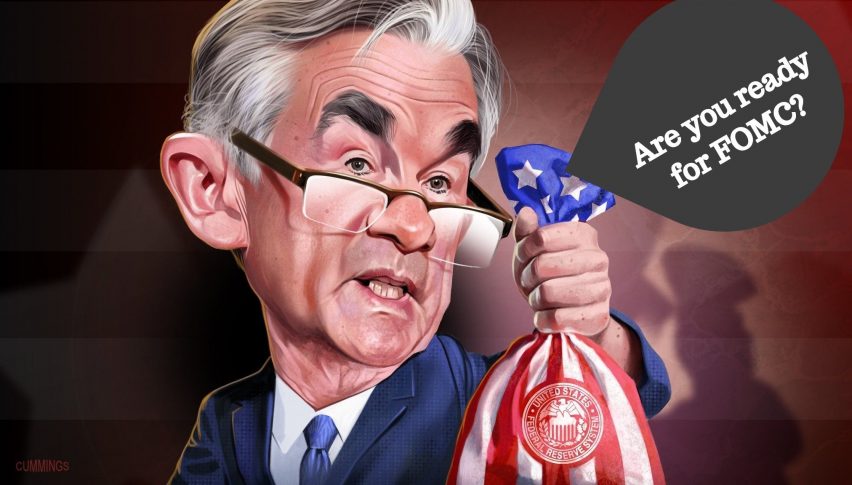 Good morning, fellas.
The previous week, the European Central Bank shook the market dramatically via dovish policy decisions. As you know, the Eurozone economy was facing a dramatic slowdown lately. The Eurozone’s GDP hardly rose in the second quarter of 2019. Eurozone economic growth slumped to 0.2% in the second quarter of 2019, versus 0.4% in the first quarter of the year, while some economies, including Italy and Germany, are trifling with the recession.
Last week on Thursday, the European Central Bank cut rates deeper into negative zone and relaunched new asset purchases program with no scheduled end-date.

How ECB Impacts the US Dollar & FOMC?

Although, the ECB decision doesn’t have a direct link with the US dollar, the rate cut decision and dovish monetary policy influence the Federal Reserve’s decision making. Jerome Powell and team are now under pressure to play the monetary policy decisions, keeping the interest rates lower.
Therefore, the market is trading the US dollar with a dovish policy sentiment. Last week, the greenback plunged from an over one-week high scaled as the Euro soared on boosted German bond yields.
Traders are now awaiting the US central bank meeting next week. In this update, our major focus is going to be on FOMC and Fed rate decision, expectations, and its potential impact on the market. Moreover, the recent tweets from the US President Donald Trump are also pressuring the Federal Reserve to deliver a dovish monetary policy. 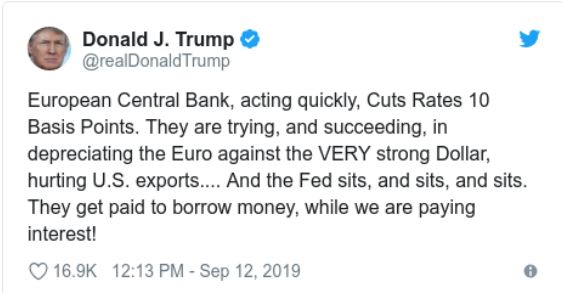 On Monday, the Asian session will begin with Chinese Industrial Production. The National Bureau of Statistics of China will release the change in the total inflation-adjusted value of output produced by manufacturers, mines, and utilities.
It’s a leading indicator of economic health – production is the dominant driver of the economy and reacts quickly to ups and downs in the business cycle.
Last month, Chinese industrial production fell surprisingly lower from 6.3% to 4.8%, escalating sentiments of recession in the global economy. For now, economists are expecting it to surge from 4.8% to 5.2%. This may trigger a risk-on sentiment in the market on Monday.

The Reserve Bank of Australia is due to deliver the minutes of its policy meeting. It’s a detailed record of the RBA Reserve Bank Board’s most recent meeting, providing in-depth insights into the economic conditions that influenced their decision on where to set interest rates.
We may not see any significant response on the release of RBA policy minutes as it’s already priced in.

The German ZEW institute’s early release survey of around 300 investors and analysts. The figures have been on a free-fall in recent months.
Lately, it hit a low of -44.1 points in August — displaying substantial pessimism. Economists expect a minor increase to -38 points, still pointing an outright recession in the continent’s largest economy.

The UK Office for National Statistics is due to release the data on Wednesday. Lately, the UK inflation rate has been floating around the 2% level just near the Bank of England’s target.
After a surprising increase to 2.1% year on year in July, economists are expecting CPI to drop to 1.8% in Aug.
In the event of inflation decreasing significantly, the burden to boost interest rates will diminish. Nevertheless, the collapse of the pound during August may have driven prices higher. The weaker inflation rate is likely to weigh on Sterling this week.

Investors are trading the US dollar with a dovish policy sentiment ahead of policy release. Last week, the greenback plunged from an over one-week high scaled as the Euro soared on boosted German bond yields.
Having decreased their benchmark rates in July to 2.0%-2.25 %, Chairman Jerome Powell and team are looking for another rate cut by 25 basis points. The idea is to extend support to the slowing global economy.
Among the essential inquiries that will be asked of Powell is whether he’s planning for higher than the “mid-cycle” adjustment he earlier declared. Economists reckon that Jerome Powell will act again this year, leaving the target range at 1.5%-1.75% for an extended period.
We may experience a slight to strong bearish bias in the US dollar trading, as investors will be pricing in the odds of interest rates cut from 2.25% to 2%.

On September 19, the day after the FOMC meeting concludes, there are three other major central banks due to report their monetary policy decisions: the Bank of Japan, the Swiss National Bank, and Norges Bank of Norway.

The Japanese yen reached almost a three-year high in late August which had put the Bank of Japan in a tough position. Over the past three weeks, the safe-haven Japanese yen has been the weakest currency in the world, losing 2.5% against the dollar. That’s exactly what Bank of Japan wants from its currency.

A weaker Yen help boost the exports and reduce imports, ultimately balancing the current account and trade balance deficit. Thus, the BOJ may keep its monetary policy unchanged on September 19.

The Swiss National Bank has the weakest interest rate in the world of -0.75%, and it has mediated in the foreign exchange market. But still, the CHF (Swiss franc) continues to trade bullish around two-year highs against the Euro in early September.
The Swiss franc has enjoyed the bullish trend gaining around 2.5% versus the Euro this year. Just like the BOJ, the SNB also feels relaxed in case of weaker CHF as it helps settle the current account and trade balance deficits.
Thus, the SNB is expected to keep the interest rates on hold at -0.75% vs. -0.75% previously.

At 11:00 GMT, the Official Bank Rate will be in highlights. The chances of a change in rate are almost 0%. BOE is widely expected to keep the rate on hold at 0.75%.
MPC Official Bank Votes – The BOE MPC meeting minutes include the interest rate vote for all MPC member during the most recent session. The division of votes presents an insight into which members are shifting their stance on interest rates and how alike the committee is to determine a rate change in the future.
For the moment, the votings are 0-0-9, which means that all members are expected to vote to hold the rate. Nevertheless, in case you see any change in voting figures, it will be surprising enough to shake the market up to 100 pips. 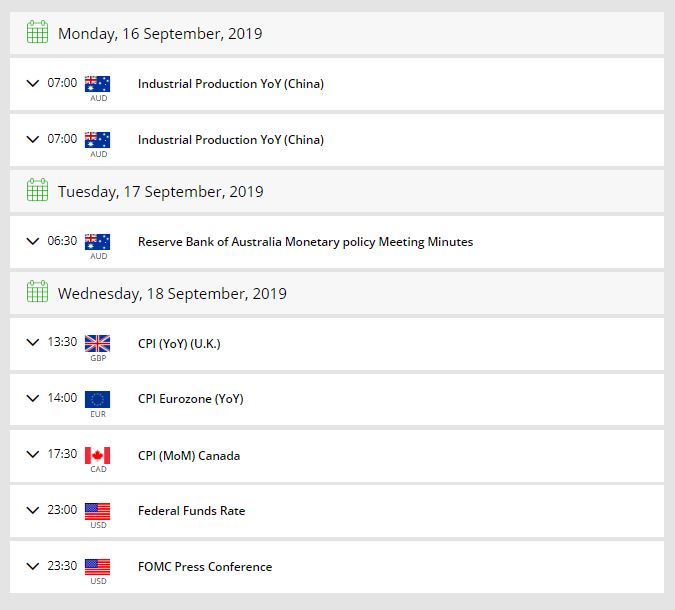