Gold Trading Cautiously, Back Under $1,500 - Forex News by FX Leaders 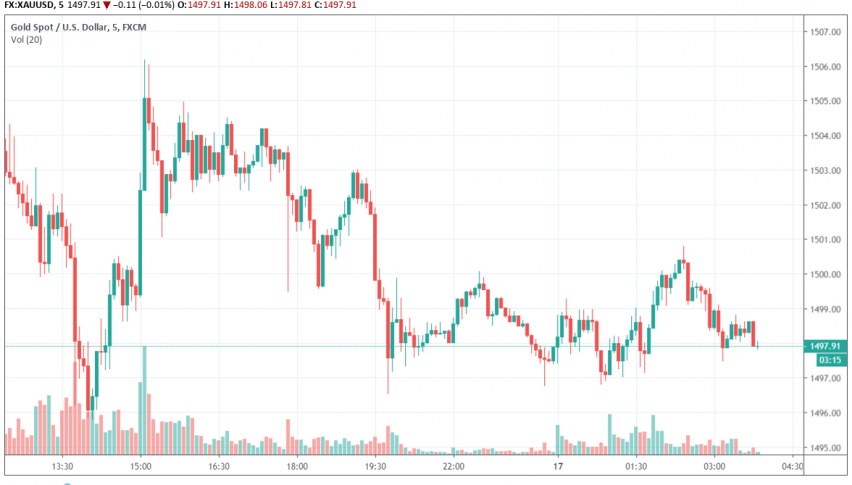 Gold Trading Cautiously, Back Under $1,500

After climbing 1% higher on Monday over the drone attacks on Saudi oil processing facilities, gold is back trading under the $1,500 level presently. At the time of writing, GOLD is trading at a little above $1,497.

The precious metal soared in the aftermath of the drone attacks at Aramco’s crude processing facilities located in Abqaiq and Khurais. This incident in the Middle East sent financial markets into a tizzy and safe havens soaring.

During the last week, gold had turned bearish and slipped around 1.2% lower as the market sentiment improved over positive developments in the US-China trade war. For now, however, gold is trading cautiously without making significant moves as it waits to see how Saudi Arabia will react following these attacks.

Gold traders also waiting on the sidelines until the upcoming Fed meeting later this week in anticipation of the central bank announcing a rate cut. The mood in the markets was boosted slightly after Saudi Arabia and the US confirmed that they would tap into their crude reserves to ensure supply is not disrupted until oil output is restored from the attacked facilities.