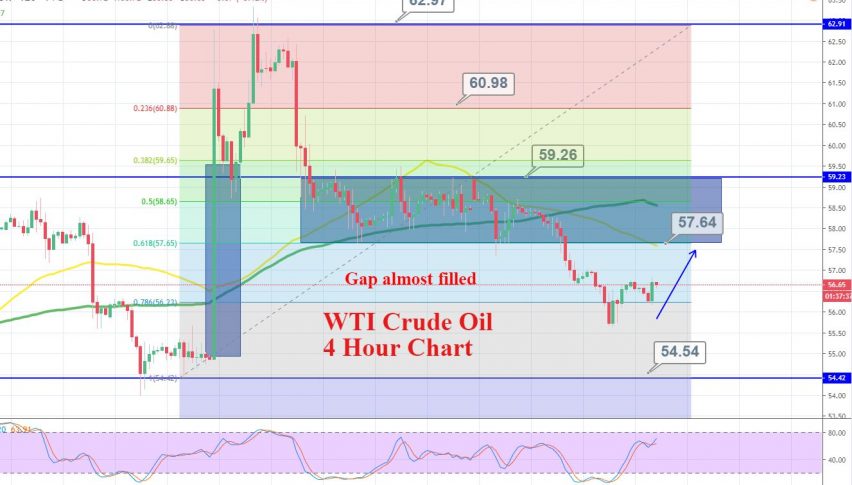 WTI crude oil prices fell and finally filled the bullish gap of 600 pips, but it took it like two weeks. On September 15, the markets opened dramatically higher from $54.75 level to $61, and in between this there was a gap in the market. As forecast, the market gap is meant to be filled within the same day or upcoming days.

The United States President Donald Trump said that a trade deal with China could happen as soon as possible. The sentiment extended the odds that international demand for WTI crude oil will surge as both nations, the United States and China, are among the largest consumers of crude oil.

On the flip side, Saudi Arabia has recovered the total output capacity of more than 11 million barrels a day, which is good enough compared to their recent target.

WTI crude oil prices were under pressure due to an unexpected increase in the United States crude oil stockpiles. US crude oil inventories increased by 2.4 million barrels last week as opposed to market expectations of a 250,000 barrel decline, as per the report from the Energy Information Administration. 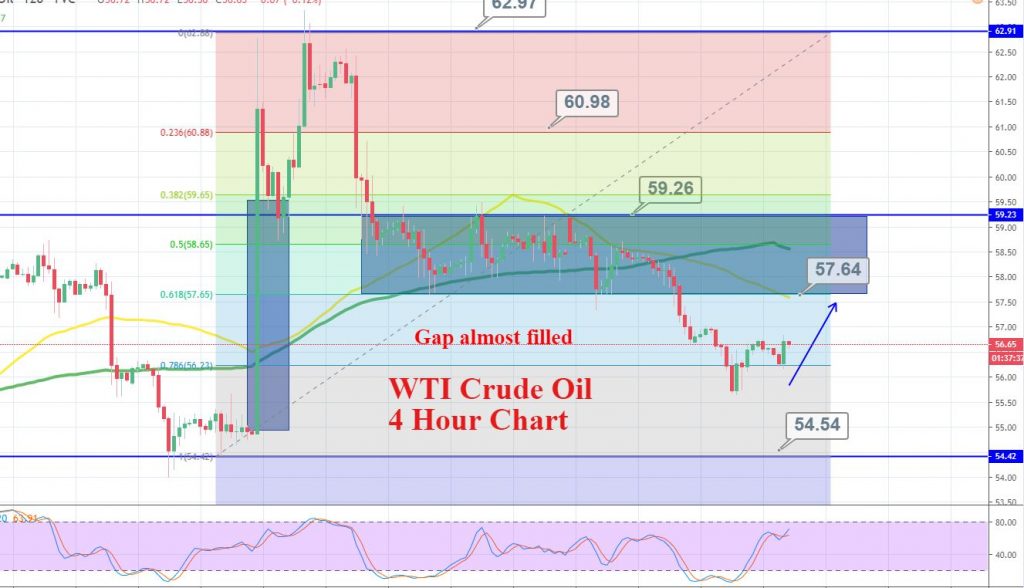 On the upper side, crude oil may face resistance around $57.64. Both of the EMA, the 50 and 100 periods, are suggesting a bearish trend in crude oil today, but there’s a massive room for buying between current market price $56.60 and the EMA resistance price of $57.50. So we can expect some bullish movement in crude oil.

Bitcoin Breaks Above 16,500 - Brace for Buying Positions
21 hours ago