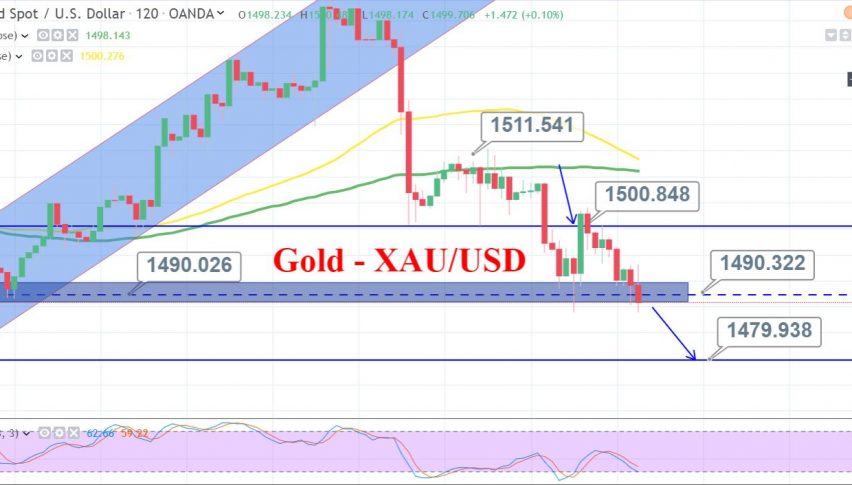 Last week was heavy on gold prices and moved them below $1500. High US Treasury Yields of 10-Year and 30-Year bonds played an essential role in giving strength to the US Dollar. Trump stated that US-China trade talks to end prevailing trade war would happen on 10 October. Moreover, higher purchases of US goods by China raised the hope for a possible end to Trade War and also put pressure on safe-haven asset gold.

Today on Monday, the yellow metal gold prices edged lower, mostly weighed by a strong dollar, as concerns of an intensification in the US-China trade war reduced after a report that the United States does not currently intend to de-list Chinese organizations from the US stock markets.

Gold is likely to stay bearish below 1,499 with an immediate target of around 1,488 and 1484. The market is expected to trade within this range. However, 1,484 is a triple bottom level which is why it’s one of the crucial trading levels.

Closing above 1,484 level can keep gold bullish. However, the closing of candles below 1,483 can open sell room for selling until 1,455 area.