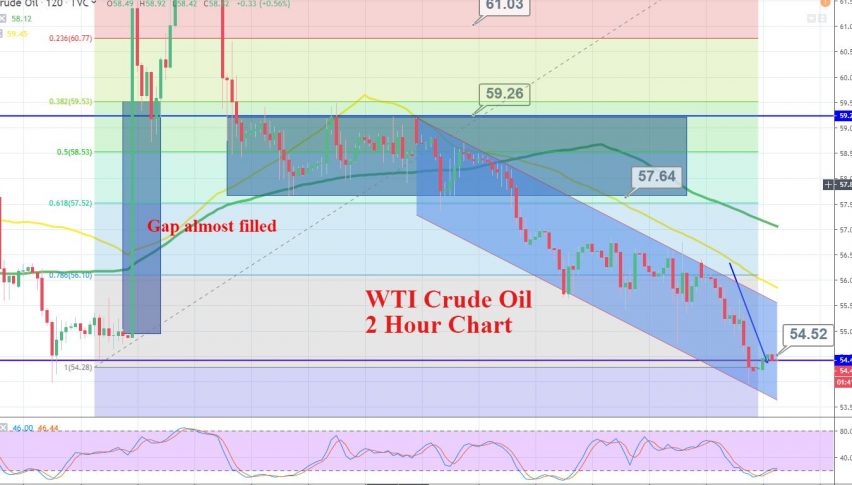 WTI crude oil prices recovered due to the output decline in the 3rd quarter at the world’s biggest crude oil producers, even though demand concerns remain to keep a lid on oil prices. Whereas, the US crude traded higher 39 cents, or 0.7%, at $54.46 a barrel.

Crude oil prices showed a significant quarterly decline during this year on Monday, due to a slowdown in the global economic growth and the trade war between the United States and China.

Notably, Saudi’s kingdom has restored total WTI crude oil output and capacity to the levels before the facilities were destroyed in the recent drone attack. Moreover, Saudi Arabia pumped around 9.78 million barrels per day (bpd) of crude oil in August.

Additionally, OPEC’s production continued to drop to the lowest in 8 years in September at 28.9 million bpd, down 750,000 bpd from August’s updated figure and the lowest monthly total since 2011. This eventually extended some support to dropping crude oil prices today.

On the 2 hour timeframe, crude oil is trading in the bearish channel below 55.60 area. WTI has formed three black crows on the 2-hour chart, which is suggesting bearish bias in the black crack.

On the lower side, the immediate support that crude oil faces is at 54.50 area. It’s also a double bottom area which can bring some buyers near 54.50 trading zone. 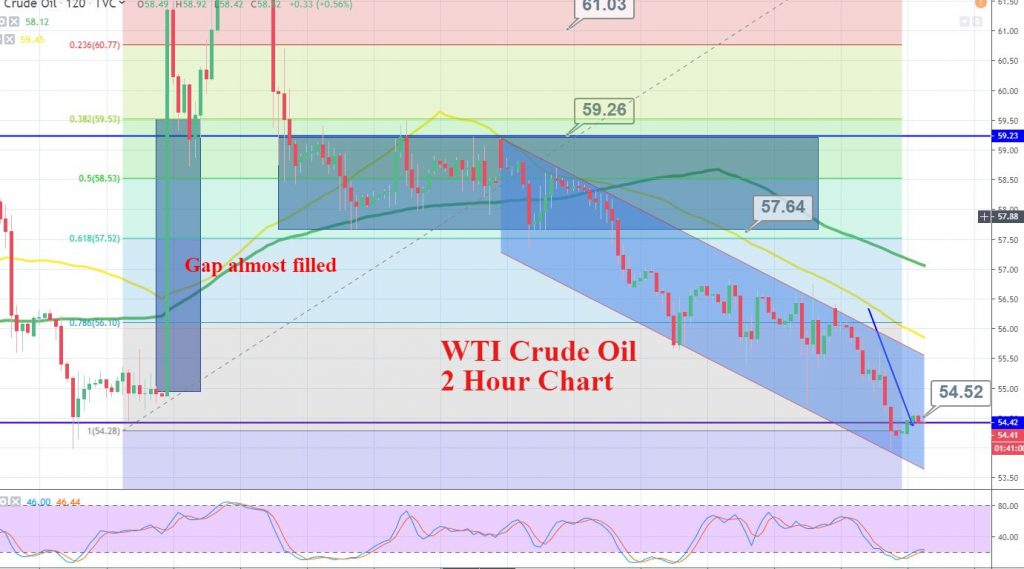 I will be looking to stay bearish below 54.75 and bullish above the same level to target at least 40 pips on either side.

Oil Prices Remain Supported, After the Cyberattack on US GAS Pipelines
8 hours ago