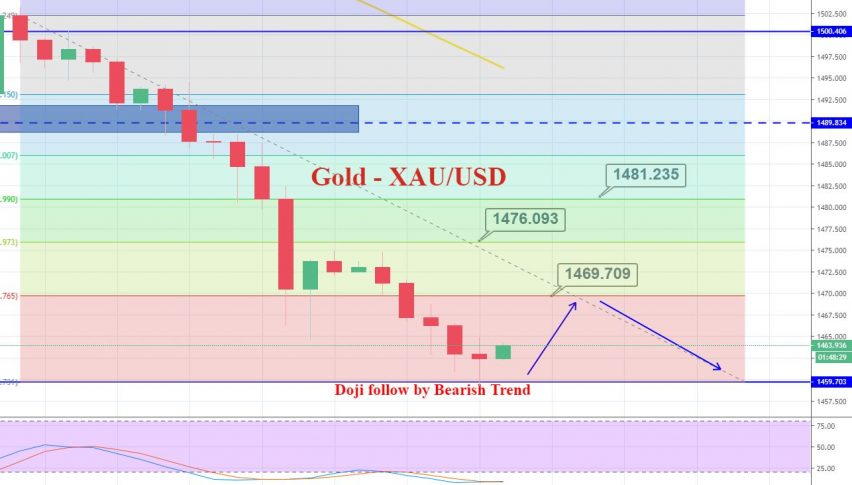 Doji Pattern in Gold – Can we See Bullish Retracement?

On Tuesday, the safe-haven metal prices came under pressure and hit the low of 8-weeks amid the political pessimism surrounding the United States and the United Kingdom as the greenback strengthened. The precious metal gold prices slipped to trade at $1,459.
The US dollar is still benefiting from the safe-haven flows of late, whereas the Federal Reserve leaders stopped from making any negative comments, which makes the United States central bank most aggressive.
On the other hand, gold’s weakness could be due to the lack of uncertainty surrounding demand in India and China, while decreasing geopolitical tensions in the Middle East could also have boosted buyers.
The Chinese market will remain off for a whole week starting from today, and that’s why trade war sentiment headlines, which became positive recently, would be fewer. As a result, Eurozone’s key activity numbers, and data from the United States and the United Kingdom will be under the spotlight.

During the early European and late Asian session, the precious metal gold has traded strongly bearish, making a downturn from 1,472 to 1,459. Gold has now closed a Doji candle above 1,459 area which is suggesting a neutral sentiment among traders.
In this scenario, the Doji candle followed by such a massive bearish trend signifies odds of a bullish reversal. Therefore, until the 1,459 level gets violated, we may see traders jumping in to buy cheaper gold, at least, to capture quick bullish retracement. 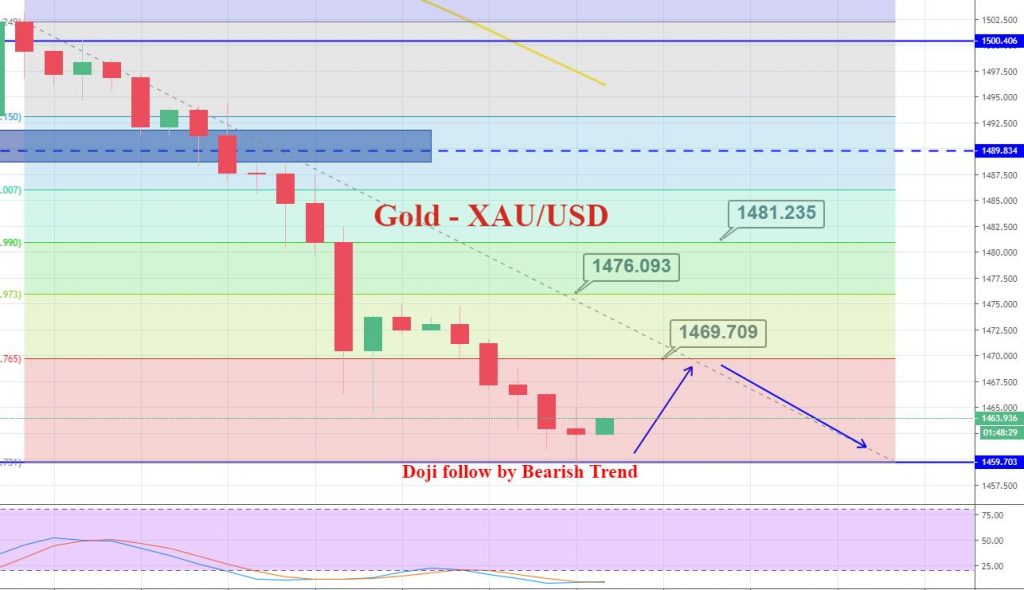