AUD/USD Plays in Bearish Channel – is it Heading for 0.6650? - Forex News by FX Leaders 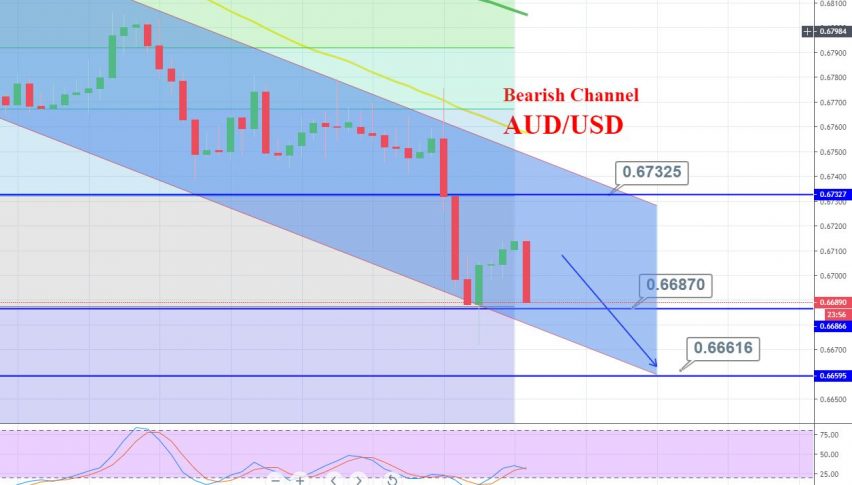 During the early European session, the AUD/USD currency pair hit the fresh session lows at 0.6699 and continue to trade around 0.6700, the psychological support level. During the early Asian session, the AUD/USD pair ticked higher from the same level, which means the Aussie can gain support from the 0.6700 area again. The pair mainly benefited by the intraday turnaround in the market sentiment surrounding the greenback after the release of the disappointing figures of US ISM Manufacturing PMI.

The weaker ISM manufacturing figures drove a bearish bias for the dollar as the market is pricing in a high possibility of another rate cut by the Federal Reserve during October. The pickup in the United States Treasury bond yields is slightly supporting the greenback.

The Aussie is trading under heavy selling pressure since the Reserve Bank of Australia cut the interest rates by 25 base points and also showed further willingness to cut rates over continued US-China trade war. We may see further weakness in the Aussie dollar later on positive ADP figures. 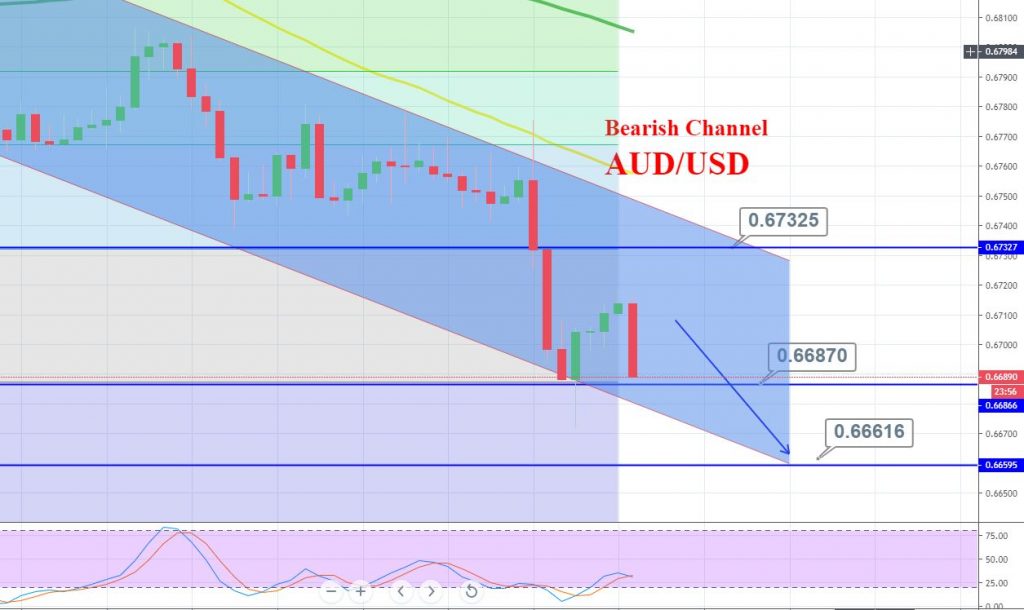 On the technical side, AUD/USD is trading in a bearish channel, suggesting odds of a sell-off during the European and the US sessions. The Aussie may find the next support at 0.6700, and considering the current price action, this level may not survive for a long time.

The violation of this level may trigger further sell-off until 0.6660 today. Therefore, I will be looking to take sell positions below 0.6700 to target 0.6660.