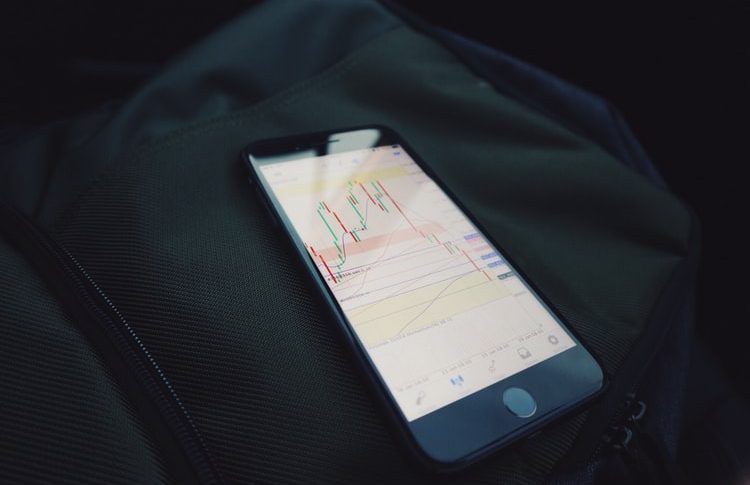 Yesterday the US dollar fell against the euro and yen, along with a drop in stock markets, as investors felt threatened over global economic growth slowing down after worse than expected US manufacturing activity.

Besides, the US payrolls data release on the private sector recorded a lower-than-anticipated figure for September. Comparatively, the ADP figures were not as bad if we compare with the US economic activity. The slacks in labor and manufacturing figures are putting pressure on the Federal Reserve to cut the interest rates again in 2019. Consequently, we see a bearish bias in the US dollar, which is ultimately extending support to GOLD today.

Despite holidays in China and Germany, the economic calendar is loaded with low to medium impact economic events from the US and Eurozone. Let’s have an in-depth preview.

Markit will be releasing Spain and Italy’s service sector PMI numbers for September, along with the Eurozone’s retail sales figures.

These figures are positively correlated with interest rates – early in the economic cycle, an increasing supply of money leads to additional spending and investment, and later in the period, expanding money supply leads to inflation.

The Spanish Services PMI is in the acceptable range of above 50. As you know, the minimum threshold for PMI figures is 50. Numbers above 50 represent an expansion in the economy while below 50 represent contraction.

This month, the PMI figure of 53.9 is on the cards, while the previous one was 54.3. Despite a slight drop, we may see a muted response of traders on news release.

It’s also a survey of about 300 purchasing managers which asks respondents to rate the relative level of business conditions including employment, production, new orders, prices, supplier deliveries, and inventories.

Italian PMI figures are also expected to stay above 50, suggesting expansion in the economy.

Markit is expected to report 52.5 PMI for Germany, while the previous version is already revised to 52.5 from 54.8.

Likewise, the British economy is also due to report services PMI data. The data reports the findings from a survey of purchasing managers which asks respondents to rate the relative level of business conditions, including employment, production, new orders, prices, supplier deliveries, and inventories.

Economists are expecting a minor drop in PMI data from 50.6 to 50.3. The Sterling may trade under pressure but only if Services PMI suffers worse than expected.

The Institute for Supply Management is due to report ISM non-manufacturing PMI figures. Fellas, don’t get confused with the name; it’s non-manufacturing, which means services PMI in other words.

So far, US businesses in the non-manufacturing sector have been expanding at a modest pace and facing the headwinds that have beaten manufacturing. The consensus estimate is 55.3, a number that bestows a robust rate of development though that would be down from August’s 56.4. 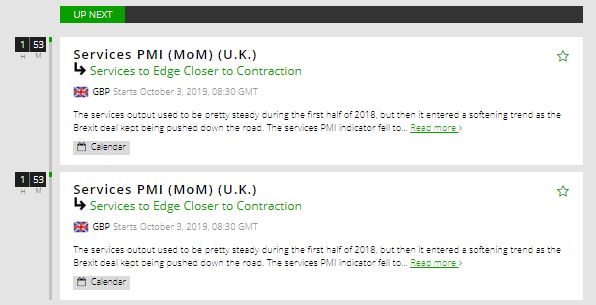 That’s it for today, but do check FX Leaders economic calendar for the live coverage of these significant events.