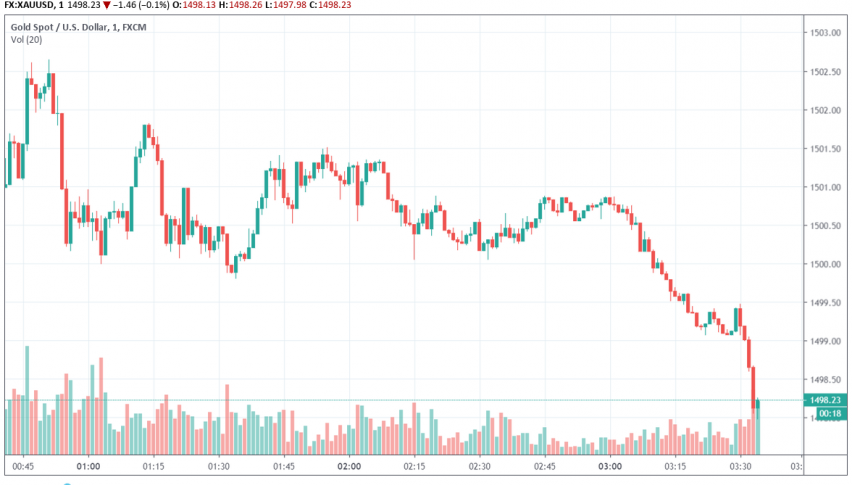 Gold continues to trade bullish into Thursday and is back near the $1,500 level on the release of a weaker than expected US employment report from ADP. At the time of writing, GOLD is trading at a little above $1,498.

Gold’s safe haven appeal was boosted after the ADP report released on Wednesday revealed that private payrolls in the US rose by 135k in September, less than the revised 157k rise seen in August. August’s numbers were significantly revised down from the initial report of 195k, causing additional disappointment regarding the US economy. The disappointing figures drove a weakness in the US dollar, which caused an additional bullishness in gold.

Trade tensions are also back to haunt global financial markets, this time between the US and the EU. On Wednesday, the US government imposed 25% tariffs on French wine, Italian cheese and Scotch whiskey in retaliation to WTO’s ruling that EU had issued subsidies to Airbus. This has turned the soured the sentiment in markets all over again, causing gold to turn more attractive as a safe haven asset.