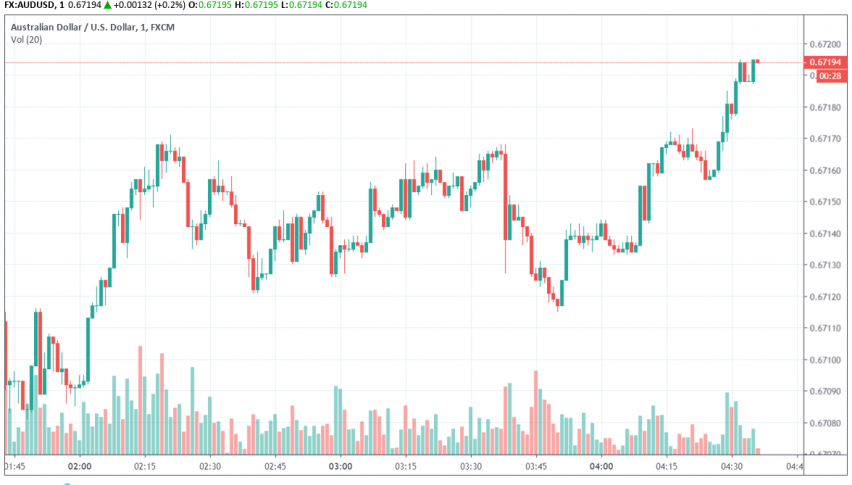 AUD/USD is recovering after trading weaker early on Thursday following the release of trade balance and services PMI figures. At the time of writing, AUD/USD is trading at around 0.6719.

According to data released by Markit earlier today, the Australian services sector recovered and expanded in September after the contraction in August. The CBA/Markit Services PMI for September climbed to 52.4 from 49.1 in August, while average services PMI for Q3 2019 came in at 51.3.

The expansion in Australia’s services sector came on the back of an increase in new business, sales and job growth, while business confidence for the next 12 months also climbed to a 13-month high during September. Australia’s composite PMI, including manufacturing and services sectors, also rose to 52.0 in September from 49.3 in August.

While this news came in as positive for the Australian economy, the trade balance data disappointed. Australian trade balance fell to $5.93 billion in August, down 18% from $7.25 billion in July. Total value of exports fell 3% lower to a seasonally adjusted $40.98 billion while imports dipped slightly to $35.06 billion.

Selling AUD/USD at the 100 SMA, Which Has Turned Into Resistance
4 hours ago

The AUD/USD Holding the Trend
18 hours ago