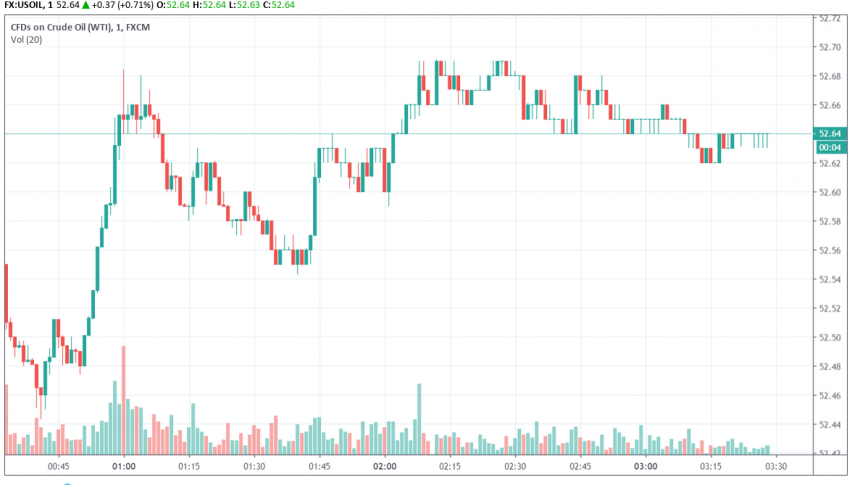 WTI crude oil prices recovered some lost ground but look all set to post a loss for this week overall over increasing concerns about a slowdown in global economic growth. At the time of writing, WTI crude oil is trading at around $52.64 per barrel.

Crude oil prices weakened further after a disappointing ISM non-manufacturing report which revealed that the services sector in the US grew at a lower than expected pace in September. A weaker than expected private payrolls figure was also weighing on oil markets, pointing to a possible weakening in the US economy, which could lead to reduced demand for oil.

The US and China are scheduled to hold their high level trade talks next week and will remain in focus as traders look forward to positive developments and progress towards a trade deal. Crude oil prices could receive additional support from a decline in US shale output and drilling activity, however, economic growth concerns continue to dominate the mood in oil markets.

Forex & Commodities Trading Levels to Watch on Wednesday
11 hours ago