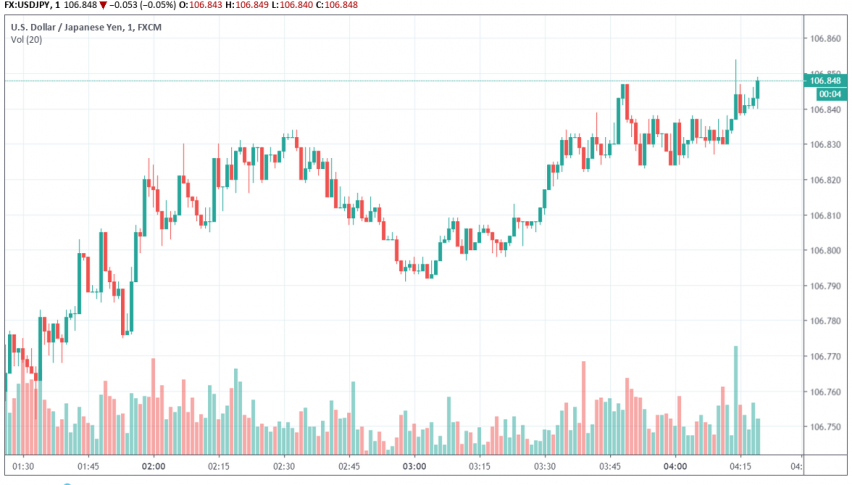 Early on Monday, the Japanese yen is making gains against the US dollar on deteriorating market sentiment following the release of a weaker than expected NFP report at the end of the previous week. At the time of writing, USD/JPY is trading at around 106.84.

The US and China are scheduled to restart their high level negotiations on trade on Thursday, but markets appear cautious about expectations of a trade deal coming soon. Although there were some positive moves made by both sides in recent weeks, according to a recent Bloomberg report, Chinese officials may not be keen to agree to US President Donald Trump’s proposal for a broad trade deal.

Weak economic data releases from the US have also weighed on the market sentiment recently, causing a boost in safe haven appeal. As a result, GOLD has also turned bullish after having dipped below the $1,500 level a few days ago. This has also increased expectations for one more rate cut by the Fed before the end of the year. As a result, the US dollar has weakened slightly while safe havens have gained on hopes for a more dovish Fed.