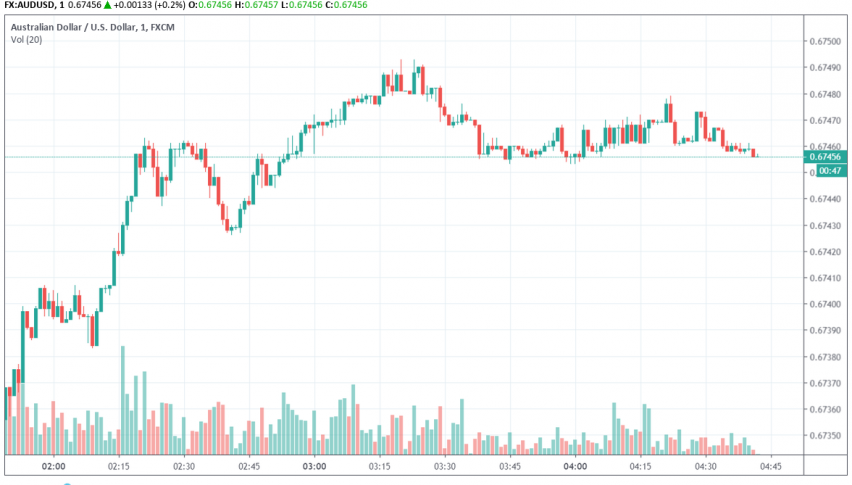 index touched +2 in September from +1 in August, but still coming in below the average reading of +6 for the sixth consecutive month. Consumer sentiment and growing external risks driven by the US-China trade war and the weakness in global economic growth continue to weigh on Australia’s corporate sector, something the RBA rate cuts are expected to rectify.

A key indicator of domestic demand, forward orders, inched slightly higher to -2 in September from -4 in August, but still remains in the negative territory. On the positive side, the employment index posted a growth from +2 in August to +3 in September.

This news has failed to make much of an impact on AUD/USD which continues to trade steady around 0.6745 at the time of writing.

Germany Starting 2021 on a Deteriorating Economic Sentiment
2 days ago