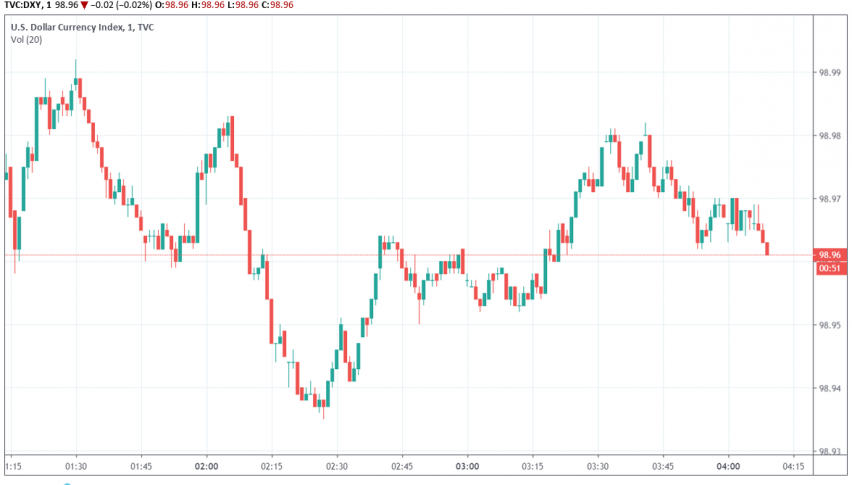 The US dollar is enjoying some support on Tuesday as traders are hesitant to make big moves ahead of the upcoming FOMC meeting minutes and high-level US-China trade talks. At the time of writing, the US dollar index DXY is trading at around 98.96.

The risk-off sentiment prevailing in the markets over recent weaker than expected economic data releases and low hopes that the US and China could work out a trade deal in the upcoming round of trade talks are supporting the US dollar, keeping it relatively stronger than its peers.

However, traders are hesitant to enter new positions as they look for clues in the FOMC meeting minutes from September on whether the Fed could cut interest rates again in the near future. Growing risks of a recession in the US economy on the back of weak performance in the manufacturing and services sectors have markets expecting the Fed to cut interest rates once again before the end of this year.

US Dollar Still Riding on Optimism From FOMC - Rate Hike in 2023?
3 days ago