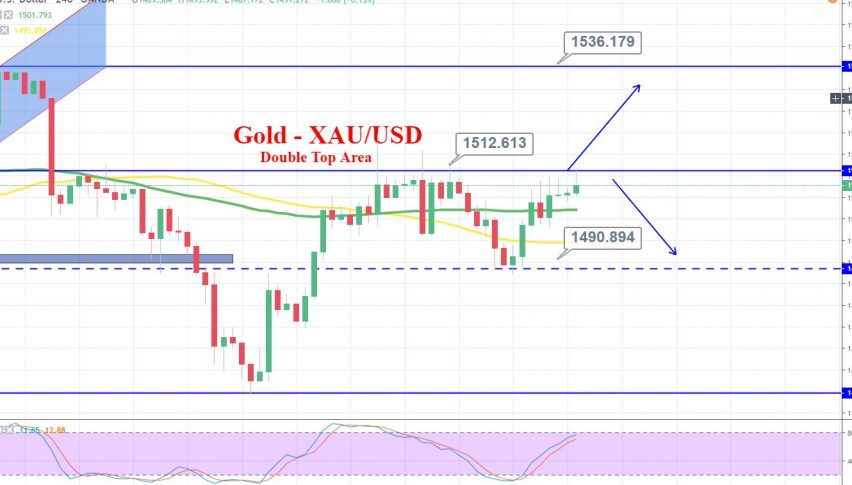 Gold prices opened around $1493.4 and are currently trading at $1500.36 on Tuesday. The Consumer Credit from US Federal Reserve came in favor of Dollar at 17.9 Billion against 14.9 Billion expectations. The composite index of small businesses from the National Federation of Independent Business (NFIB) came as 101.8 against the expectations of 102.6 at 14:57 GMT. The IBD/TIPP Economic Optimism showed a growth of 52.6 against expected 51.2 at 19:00 GMT.
The closely watched macroeconomic data from the United States were Producer Price Index (PPI) and Core PPI from the Bureau of Labour Statistics on Tuesday. At 17:30 GMT, Core PPI came as -0.3% against 0.2% expected and PPI came as -0.3% against 0.1% expected.
The Fall in US Producer Prices for the month of September indicates low inflation ahead, which enhances the chances of a cut in interest rates by Federal Reserve in the next meeting to prevent the economy from the damage caused by US-China trade war.
This weak economic release from the United States gave rise to the prices of Gold above $1500 on Tuesday.
Furthermore, the Trump administration on Monday blacklisted 8 Chinese organizations in response to the Human Rights Violations against Muslim minorities in the region of Xinjiang. Blacklisting these companies mean that they are blocked from buying American products.
These reports can create further disruptions in the ongoing trade talks between the Trump administration and Chinese president Xi Jinping.
Another reason for the upward movement of Gold prices was the report in which a UK government official said that the possibility of no-deal Brexit on the stated deadline has increased. Gold has placed a high of 1509.72 until now.