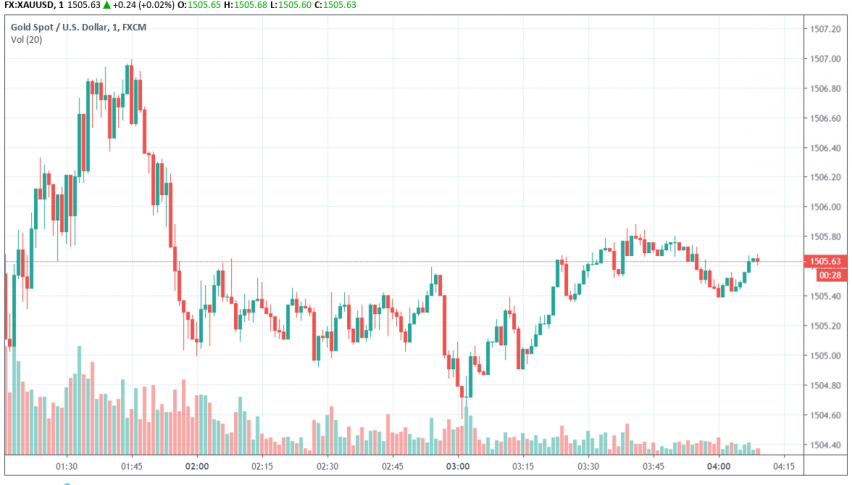 Gold is getting stronger and is back above the $1,500 level again ahead of today’s FOMC meeting minutes and the upcoming trade talks between US and China starting tomorrow. At the time of writing, GOLD is trading at a little above $1,505.

Trade war tensions are back to haunt global financial markets once again after the US added more Chinese companies to its trade blacklist, the Entity List. Gold’s safe haven appeal has also been boosted after another yield curve inversion in US Treasury yields. On Tuesday, the yield on the 10-year Treasury note fell below the yield on the 2-year Treasury note, a worrying sign that points to an upcoming recession in the economy.

The yield curve inversion was driven by Fed Chair Powell’s recent comments on exploring the possibility of more rate cuts in the future. Gold also remains supported over the rising political tensions in the US surrounding Trump’s impeachment inquiry. US President Donald Trump is set for combat against the House of Representatives after the White House stated its refusal to cooperate with the ongoing inquiry which it termed unconstitutional and illegal.