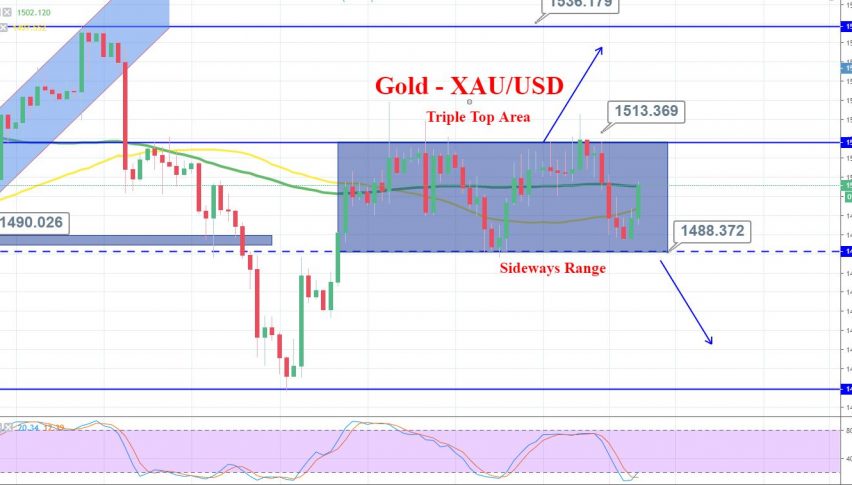 Everything You Need to Know About Trading Gold on Friday

The Core CPI also dropped to 0.1% against 0.2% expectations. The lower than expected consumer inflation data from the United States in the month of September suggested that the need for further rate cuts by Federal reserve this year has risen. But with the release of less than expected US Unemployment Claims as 210K against 215K forecast, the traders got confused over the rate cut situation, and hence, Gold prices were not affected by the economic data on Thursday.

On Thursday, the United States and China began their principal-level talks in Washington. After the meeting, it was reported in South China Morning Post that there was no progress in deputy-level trade-talks and that Liu would cut his visit short. But US President, Donald Trump said that he and Chinese Vice Premier Liu He would meet on Friday.

Trump’s comment fueled optimism about a positive outcome from Thursday’s trade talks. Traders thought that improvement in trade talks would diminish the requirement for further rate cuts by Federal Reserve and Gold prices declined as a result.

The yield on 10-year US Treasury bond rose to its highest of this month with six basis points to 1.64% and made US Dollar strong on Thursday causing a further downfall in Gold Prices.

Gold is facing a hard time violating the triple top level of 1,511, and below this, it may continue to trade bearish until 1,492. Where the bearish breakout of this level can extend selling until 1,487 area.