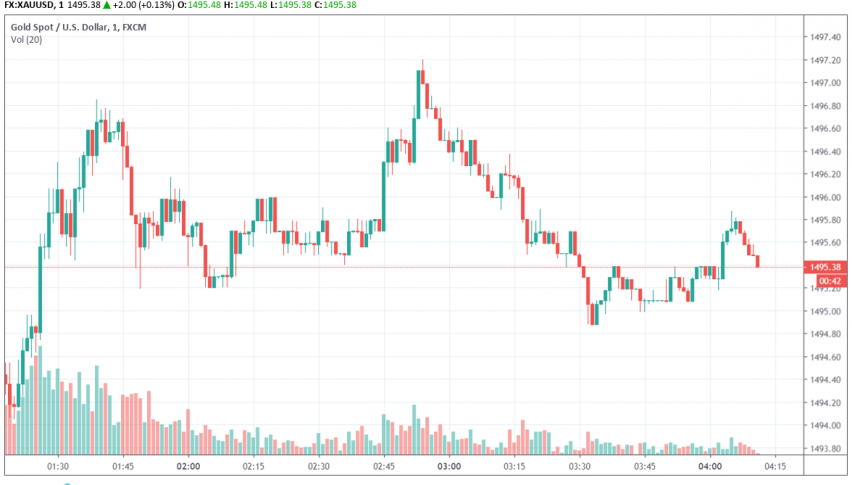 Gold prices have slid lower after touching a one-week high during the previous session over optimism of a trade deal being worked out between the US and China. At the time of writing, GOLD is trading at a little above $1,495.

According to a report on Xinhua, Chinese Vice Premier Liu He expressed willingness in reaching an agreement with the US government on certain common areas of interest. Gold has been trading volatile these past few days on trade war rumors – it jumped as high as $1,516 on Thursday after a news report stated that the Chinese delegation was planning to leave after just one day of negotiations as no headway was being made.

US-China trade tensions have been dictating the market sentiment for quite some time now as more economic data points to a potential slowdown in leading economies as a fallout effect of the trade war. This has kept gold prices supported as safe haven appeal remained high in markets amid rising uncertainties and concerns.