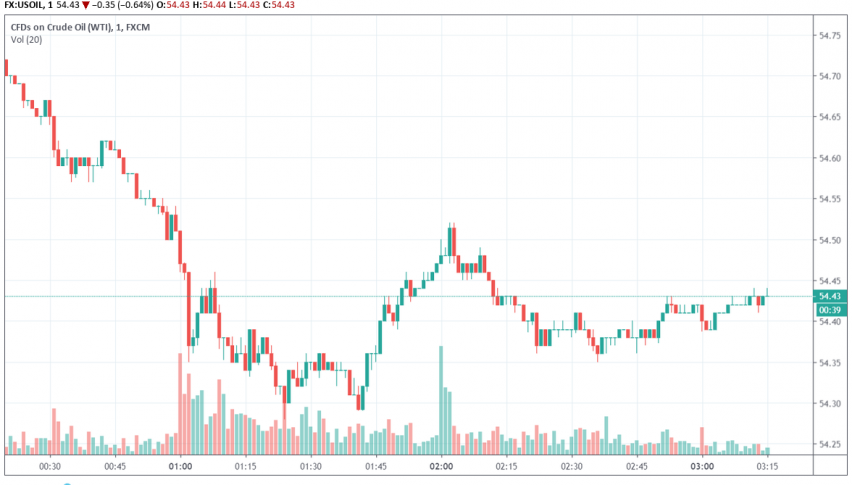 WTI crude oil prices are trading slightly bullish at the start of a brand new trading week over escalation of geopolitical tensions in the Middle East region. At the time of writing, WTI crude oil is trading around $54.43 per barrel.

Crude oil prices closed the previous week 3% higher, marking the first weekly gain in three weeks on account of optimism surrounding US-China trade talks. Friday marked the conclusion of high-level talks between trade teams of the two nations, following which there was confirmation of a Phase-1 trade deal – the first significant progress in trade negotiations.

Crude oil rose sharply on Friday following reports of an attack on an Iranian oil tanker off the coast of Saudi Arabia in the Red Sea. Markets were concerned that Saudi Arabia was behind the attacks, which would once again flare up tensions in the region weeks after the drone attacks on Saudi Aramco’s crude processing facilities.