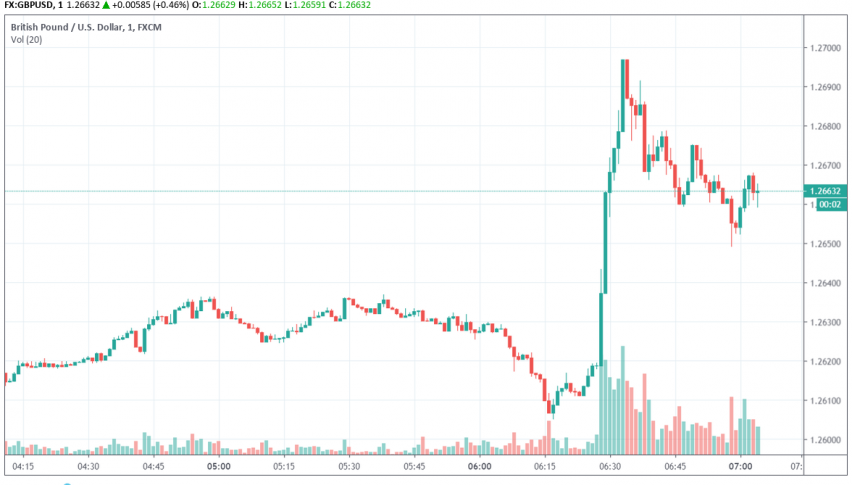 GBP/USD Trades Bullish in Hopes for a Brexit Deal

Early on Tuesday, the Pound continues to trade strong against the US dollar even as markets await further discussions between Britain and the EU at the upcoming EU summit towards possibly finalizing a Brexit deal. At the time of writing, GBP/USD is trading around 1.266 after EU’s chief negotiator Michael Barnier expressed hope for reaching a deal on Brexit this week.

Officials from Britain and the EU are locked in intense discussions as they try to work out a deal by the EU summit, even as EU leaders indicate skepticism that a deal can be worked out in such a short time. According to a report on BBC, the EU is considering a new Brexit summit just before the October 31 deadline as a deal looks highly unlikely to be worked out within this week.

The EU’s main concerns revolve around the customs arrangements being proposed by Britain as an alternative to the Irish backstop. The focus of the discussions between officials remains focused on working out the legalities of implementing customs arrangements along the Irish border without compromising peace along the Ireland-Northern Ireland border.

On the positive side, Britain seems to be coming together around PM Boris Johnson’s Brexit proposal. More opposition lawmakers have expressed their willingness to support any new agreement Johnson manages to reach with the EU over the coming days.

Forex & Commodities Trading Levels to Watch on Wednesday
3 hours ago