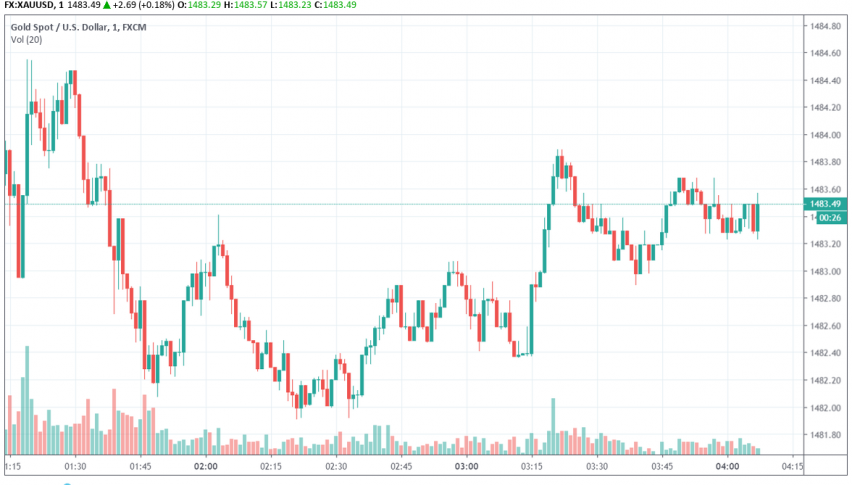 Gold prices are trading bearish early on Wednesday as the market sentiment improves on account of the US-China trade deal and a possible Brexit deal being worked out soon. At the time of writing, GOLD is trading at a little above $1,483.

The US and China announced a ‘Phase 1’ trade deal after their high level talks late last week, and although it still needs some more work, both sides are expected to continue their negotiations and finalize the deal within five weeks. This should considerably reduce the risk of an economic recession and help boost economic growth as the the threat of tariff wars recede.

In addition, Britain and the EU have been locked in last minute, intense discussions as they try to work out a Brexit deal before the EU summit coming up later this week. The risk of a no-deal Brexit has diminished significantly as UK PM Boris Johnson and his team engage with stakeholders from the EU to resolve differences about the Irish border.

The improved market sentiment has caused investors to move away from safe havens like gold and turn their focus on riskier instruments. Meanwhile, the earnings season is off to a swinging start in the US. Q3 earnings reported so far have been quite optimistic, and have served to attract more investors towards Wall Street away from gold.