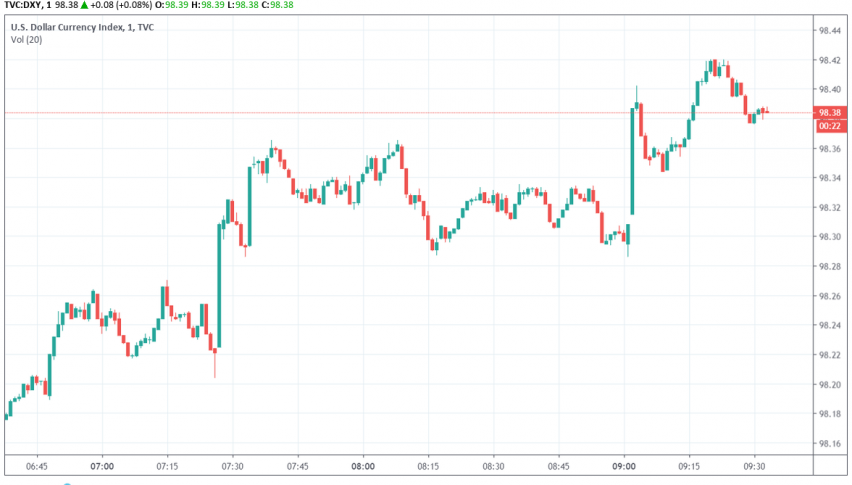 The US dollar has weakened to trade around four-week lows against its major peers on reports of possible escalation in tensions between the US and China. At the time of writing, the US dollar index DXY is trading around 98.38.

The market sentiment had improved significantly late last week after US President Donald Trump announced that the US and China had agreed to sign a Phase 1 trade deal, a major sign of relief in the prolonged trade war that had plagued global markets for over a year. This brought back the risk appetite in the markets, causing the safe haven appeal of the dollar to wane as investors moved towards stock markets instead.

However, the dollar remained supported as a de-escalation of US-China trade tensions was seen as a positive sign for the US economy which was showing possible signs of a recession. The optimism in the markets surrounding the trade deal faded on Tuesday after the US House of Representatives passed a legislation to explore downgrading Hong Kong’s special trading status as a result of the continued protests. This development has led to renewed friction between the US and China after the Chinese Foreign Ministry cautioned about potential retaliation if the US goes ahead and passes the legislation and makes it a bill.

The US dollar is also trading under pressure as markets wait for concrete signs of progress towards the trade deal. So far, both sides have only confirmed that negotiations remain ongoing, but an actual trade deal would only be finalized within the next five weeks. Until then, the trade war sentiment is likely to weigh on financial markets and exert a downward pressure on the greenback.

US Dollar's Safe Haven Appeal to Strengthen in Next Six Months: Reuters Poll
20 hours ago

Gold Gains Over Rising US-China Tensions, Weakness in US Dollar
1 day ago
Comments