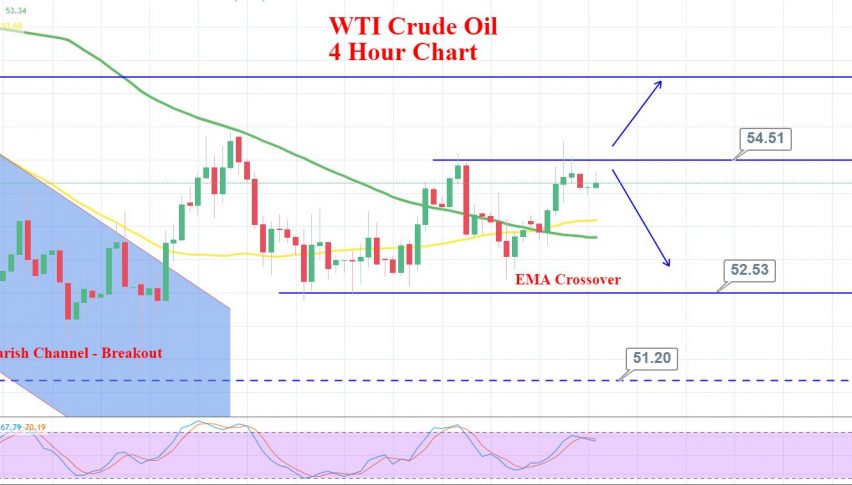 WTI crude oil prices are flashing red due to the data from the Amerian Petroleum Institute which showed that United States inventories increased last week. The US Crude Oil WTI futures lost 0.8% to $54.07.

WTI crude oil has fallen almost 18% from an April high as the United States and China trade war dragged on, and due to an increase in global supplies. The next OPEC meeting is not until December. The market will continue to trade carefully until then. 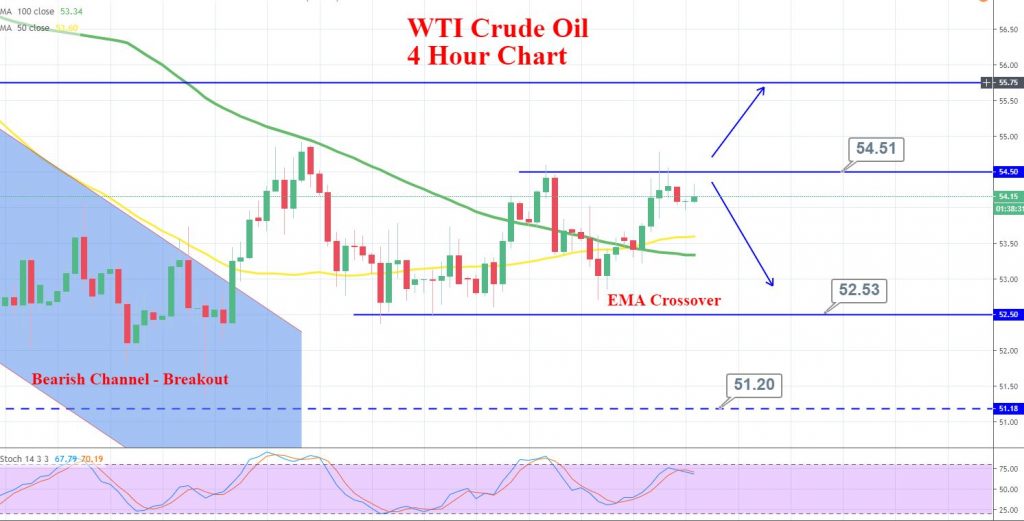 WTI crude oil is testing the double top resistance level at 54.51 area. It’s a crucial trading level to determine today’s trade plan. For instance, the bullish breakout of 54.51 level can trigger further buying in crude oil until 55 and 55.45.

$40.00 Remains The Key Level For WTI Crude Oil
2 days ago
WTI Manages to Stop its Losing Streak of the Previous Day - A Quick Fundamental Outlook!
WTI crude oil prices succeeded in stopping its previous bearish moves and started to flash green, but additional gains were capped by the on
2 days ago 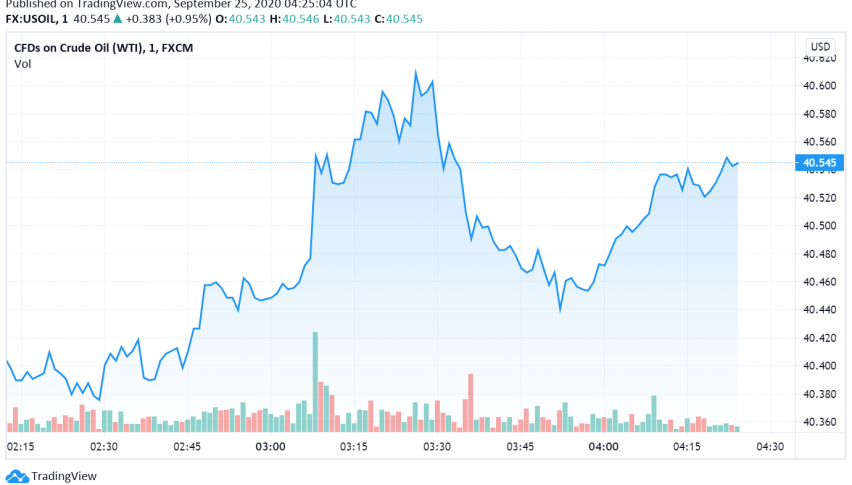