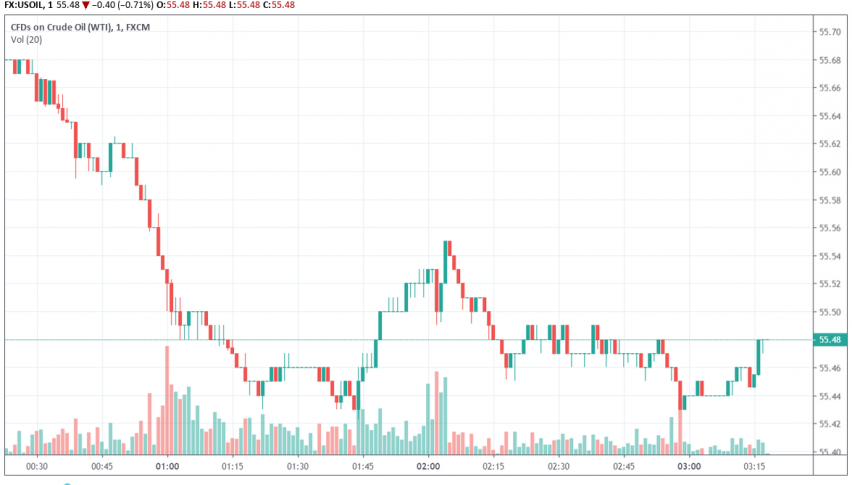 WTI crude oil prices are edging lower early on Thursday after soaring over 3% higher in the previous session over an unexpected drawdown in US crude inventories. At the time of writing, WTI crude oil is trading around $55.48.

While the unexpected decline in US crude inventories sent crude oil prices surging higher, prices have pared down since then as weaker demand concerns come back to weigh on oil markets. Fears of a recession and general weakness in global economic growth continue to dominate the sentiment in oil markets, pressuring oil prices downward.

Crude oil, however, finds some support over recent reports that suggest that OPEC and allies may be considering deeper production cuts to curb supply as demand weakens. OPEC+ members have agreed to cut crude oil output by 1.2 million bpd till March 2020, but even this has been unable to stop the decline in oil prices so far. 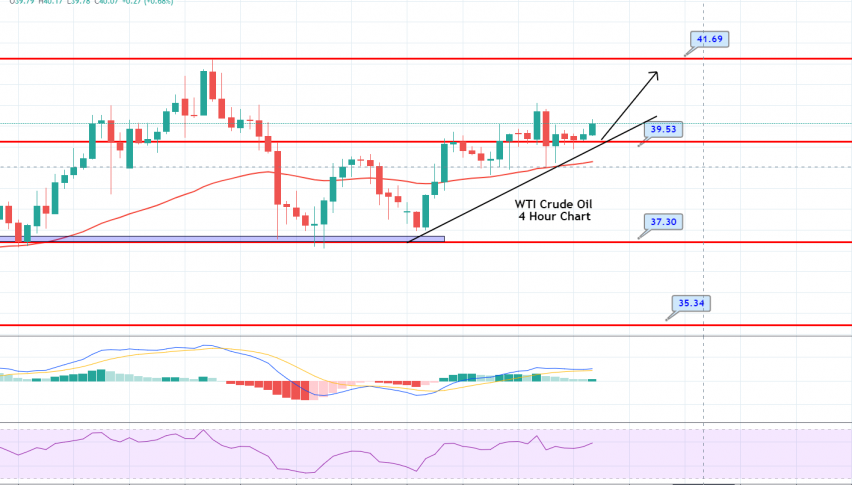