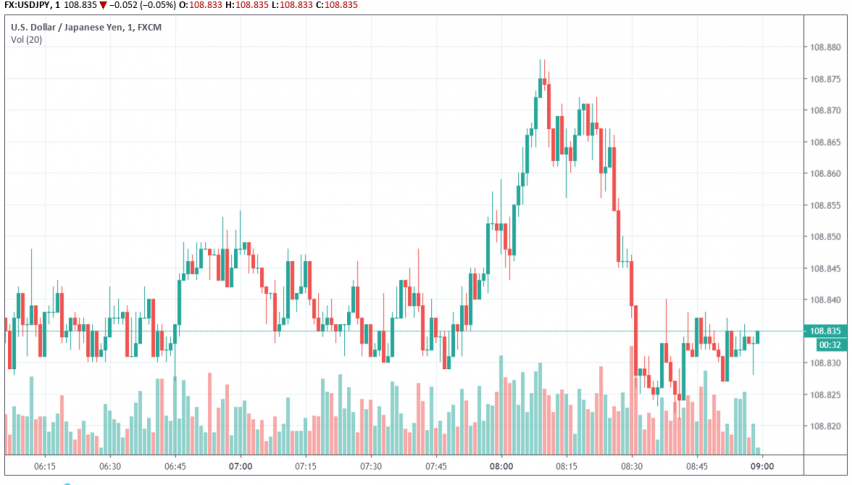 September’s retail sales also grew by 9.1% YoY, marking the fastest pace of growth seen since March 2014 when they rose by 11% ahead of the previous round of sales tax hike. The jump in retail sales was driven by the 16.9% rise in sales of cars, household durables, apparel, food, and more.

September’s upbeat data has driven the trade ministry to upgrade its outlook for retail sales to “increasing”. However, it has cautioned against future impact of the sales tax hike as the previous hike had caused private consumption to dive lower severely.

The news has failed to create much movement in the Japanese yen, with USD/JPY trading somewhat steady at around 108.83 at the time of writing.

Forex Signals Brief for January 30: Uncertainty Prevails Ahead of the FED, BOE and ECB Meetings
6 days ago