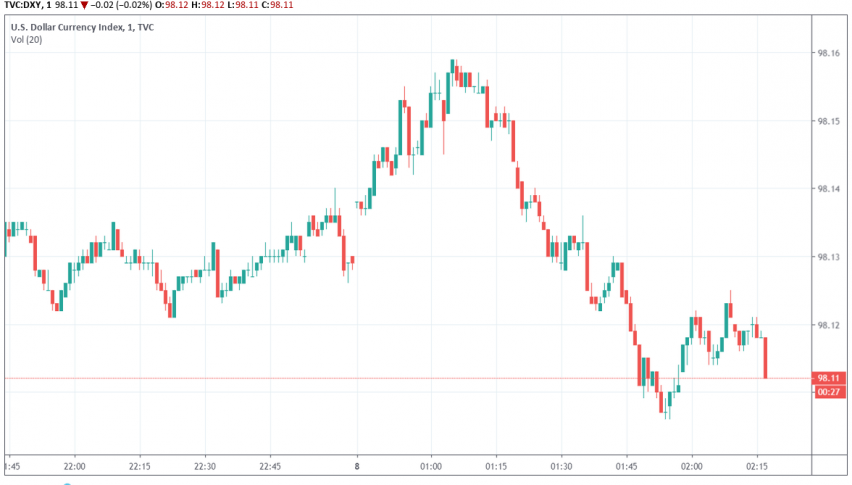 The US dollar is trading steady against other major currencies into the last trading day of this week after the US and China agreed to cut tariffs on each other’s imports in a phased manner. At the time of writing, the US dollar index [[DXY]] is trading at around 98.11

Trade tensions were back to wreak havoc on global financial markets this week as reports hinted at another delay in the signing of the partial trade deal. While initial reports suggested that this was on account of the cancellation of the APEC summit and subsequent hunt for an alternative venue, other reports suggested negotiations were still ongoing and the deal was far from being finalized.

The US dollar ran into some weakness on reports that China was exerting pressure on the US to cancel some more tariffs before getting ready to sign the trade deal, fueling further delay in it being finalized. However, there was some relief for the greenback after China’s commerce ministry stated that both nations are looking to reverse some tariff hikes and continue this process over an extended period of time.

Meanwhile, for now, it looks like the US-China trade deal would be signed only by December at the earliest, which is putting some pressure and capping the US dollar’s gains.

US Dollar's Safe Haven Appeal to Strengthen in Next Six Months: Reuters Poll
1 day ago

Gold Gains Over Rising US-China Tensions, Weakness in US Dollar
1 day ago
Comments