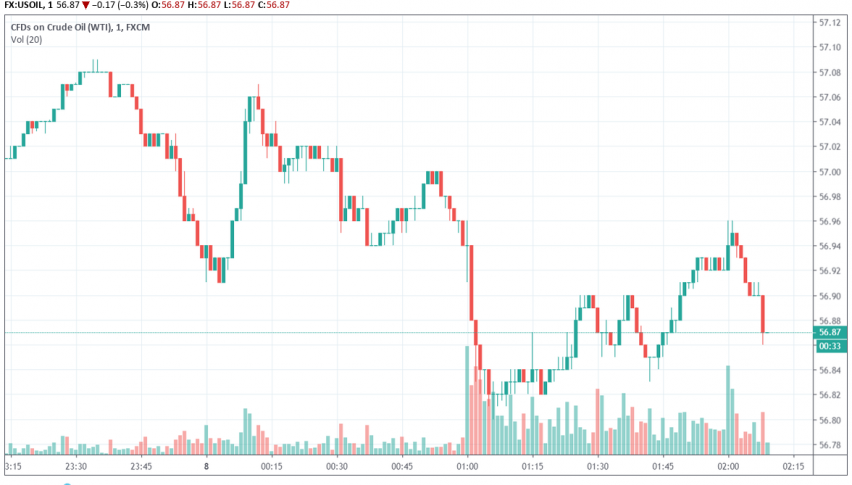 Early on Friday, WTI crude oil prices are weakening as hopes for a US-China trade deal diminish, even as a rise in crude inventories continues to weigh on oil markets. At the time of writing, WTI crude oil is trading at around $56.87 per barrel.

The US-China trade war has raged on for more than a year and has driven a slowdown in global economic growth, and weakened the demand for oil in the process. For most of this year, crude oil has traded bearish as the trade war dominated the market sentiment and spurned worries of further weakening in oil demand, even as supply remained strong.

Despite the OPEC and its allies agreeing to curb crude production by 1.2 million bpd until March 2020, weak demand has reigned in the markets, exerting downward pressure on crude oil prices. Leading economists have forecast a dip in oil demand into next year as well.

After fading optimism on a partial trade deal being signed within this month, China’s Commerce Ministry offered some hope when it remarked that both sides are looking to remove tariffs on each other’s imports in a phased manner. However, these comments failed to boost the sentiment after Reuters reported that the US appears to be against such a move.