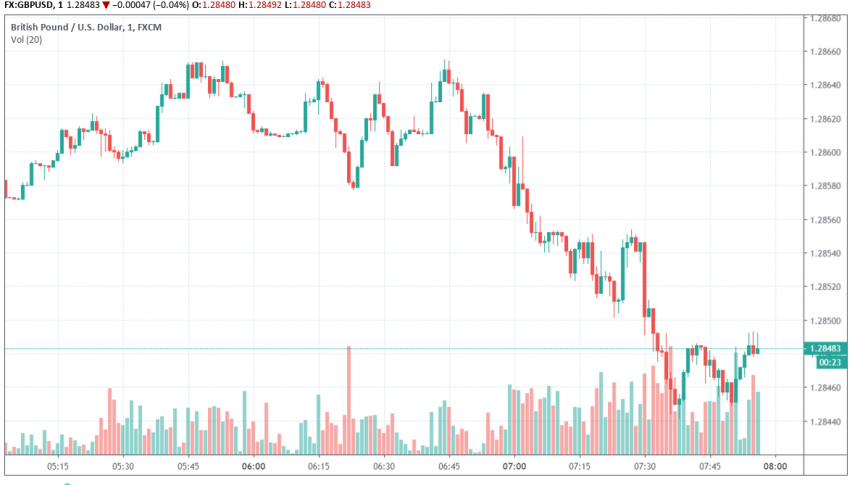 The Pound is retreating and giving up its gains going into the second day of this trading week after strengthening by around 1% as a result of political developments in Britain. At the time of writing, GBP/USD is trading at around 1.284.

Ahead of the early general elections due for December 12, PM Boris Johnson received a boost when Nigel Farage commented that his Brexit Party candidates will only challenge anti-Brexit parties’ candidates. This move brings down the possibility of a hung Parliament after the elections, increasing the likelihood of the Brexit Bill being finalized and Britain getting to leave the EU with a deal in place.

Farage’s latest announcement lends additional support to Johnson’s Conservative Party, increasing the possibility of Johnson getting his deal passed through the Parliament with the required support.

The GBP also received a slight boost on Monday following the release of UK’s GDP report which revealed that the British economy had grown by 0.3%, against expectations for yet another contraction which would have put it into a technical recession. Meanwhile, trade tensions and further uncertainty on the progress towards a trade deal weakened the US dollar, supporting additional bullishness in GBP/USD.