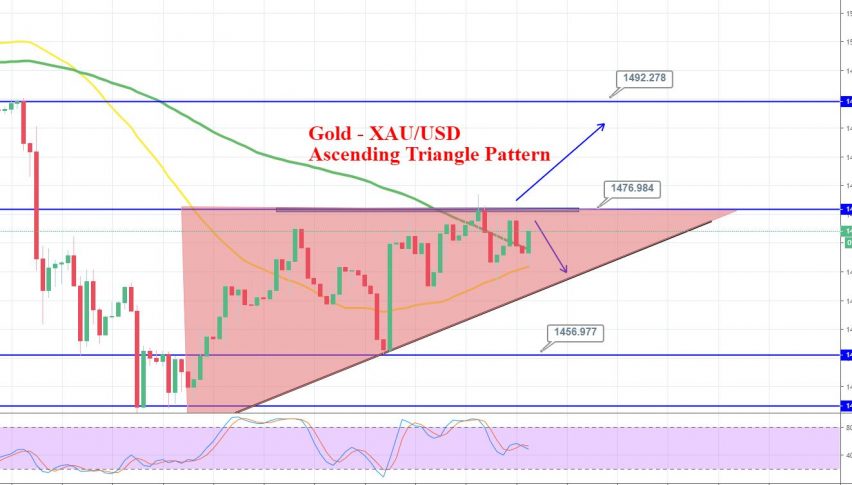 Gold Updates – Everything You Need to Know About Gold Today

Gold prices closed at $1471.050 after placing a high of $1478.78 and a low of $1465.91. Overall the movement of gold remained bearish. At 20:30 GMT, the US Crude Oil inventories came in lesser than expected as 1.4M against the forecast 1.6M barrels, which indicated the strong demand for Crude Oil in the United States and supported risky assets. Yellow metal being haven asset was depressed by the smaller than expected US Crude inventories for this week.

On the news front, the US Senate on Tuesday passed a legislation named Honk Kong Human Rights & Democracy Act that intends to protect civil rights in Hong Kong. According to the given Act, those who would suppress freedom in the semi-independent city Honk Kong will be punished.

After the US Senate passed the Act, it would now proceed for approval to President Donald Trump to move it into becoming a law. It is now up to Donald Trump to pass it into law or veto the Bill.

The Senate Foreign Relations Chairman Jim Risch said that passing this legislation was an essential step in holding the Chinese Communist Party responsible for the destruction of Hong Kong’s independence and its domination of fundamental freedom. He added that as the situation in Hong Kong weakened, China must understand that the US was committed to the promised freedom and independence for Honk Kong.

China did not take it lightly and called a senior US Diplomat on Wednesday to show its opposition to the passed bill. Beijing warned Donald Trump that if he signs the bill into a law then China would take active opposing measures and that the United States would have to bear all the consequences.

The Chinese Foreign Ministry spokesman, Geng Shuang, warned the Trump administration that they should take steps to stop the act from becoming law. He added that they should stop meddling in the internal affairs of China and Hong Kong to avoid setting a fire that would only burn themselves.

The news of passing this bill right after the increased trade tensions due to conflict of interest on tariffs removal gave a boost to the safe-haven appeal, and as a result, gold recovered some of its losses it suffered on Wednesday. But when FOMC meeting minutes of October released, Gold prices again started to fall. The minutes revealed that Fed officials were more optimistic about the economic condition of the United States and were against using negative rates in the next recession. 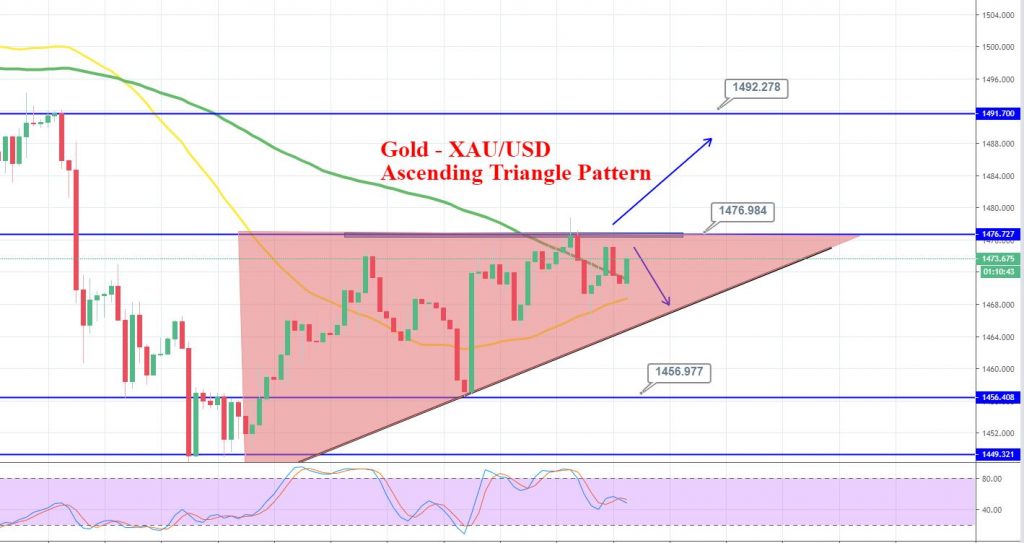 The precious metal gold continues to trade with a bullish bias above 1,470 support level. But the recent candlesticks, especially the three black crows pattern on the hourly chart, is suggesting chances of a bearish reversal in gold. Below 1,470 gold can open further room for selling until 1,467 and 1,462. While on the upper side, the resistance stays around 1,476.

AUD/USD Extended Gains Towards 0.6940 – Risk-On Market Sentiment in Play!
2 days ago
List of US Companies Releasing Earnings (EPS) Today
A growing number of leading Wall Street analysts to predict that 2020 will be the year to represent their American counterpart for the...
2 days ago
Comments