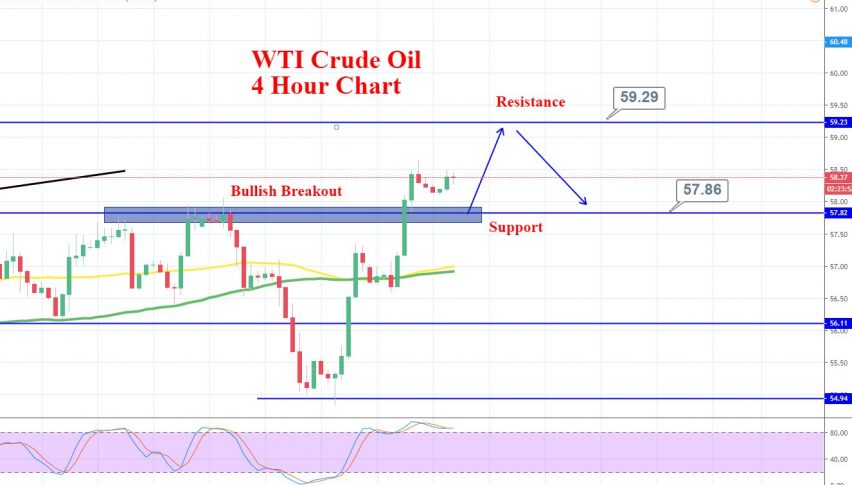 WTI crude oil prices slipped despite the headlines regarding the chance of extension of production cuts. The decline in oil prices came even after Reuters cited an OPEC source and reported that the cartel and its allies were likely to continue existing oil output cuts when they meet next month until mid-2020.

OPEC is scheduled to meet on December 5-6, the same time that Saudi Arabia is set to announce the final pricing for the initial public offering of the state-owned Saudi Aramco – expected to be the world’s largest IPO.

On the Sino-US trade front, the Wall Street Journal reported that Chinese Vice Premier Liu He invited top US trade negotiators, including US Trade Representative Robert Lighthizer and Treasury Secretary Steven Mnuchin, for a new round of face-to-face talks in Beijing.

On the technical front, WTI crude oil has violated the resistance area of 57.85. A bullish breakout of this level has opened buying a further room for buying until 58.50 and 59. Besides that, the WTI has also formed three white soldiers pattern, which is suggesting a strong bullish trend in crude oil today. 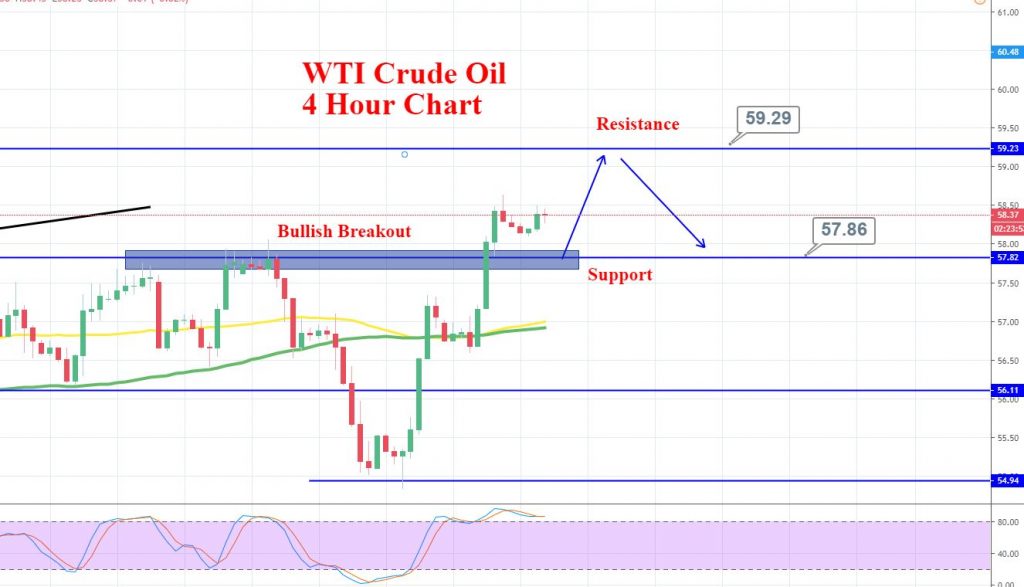 The RSI and Stochastic are struck in the overbought zone, which is suggesting chances of a bearish correction as well.

Considering both scenarios in mind, we should wait for 58.50 level breakout as above this; we can go long to capture quick 50 pips until 59. On the lower side, buying can be seen above 57.85 level today.