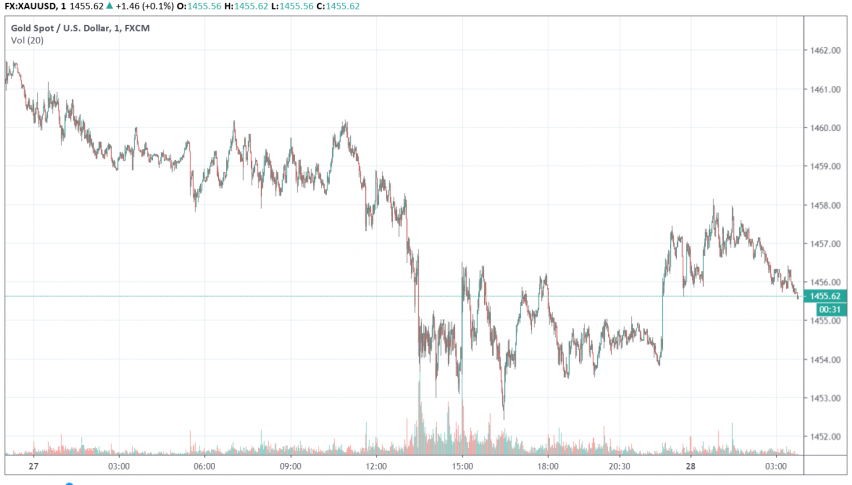 Early on Thursday, gold is making gains after its safe haven appeal was boosted upon Trump signing the recent legislations supporting Hong Kong protesters into law. At the time of writing, GOLD is trading at a little above $1,455.

On Wednesday, US President Donald Trump signed into law legislation passed by the US Senate supporting human rights for anti-government protesters in Hong Kong. This is likely to increase tensions between the US and China and could possibly even derail progress in trade negotiations.

China’s government had previously termed the bill as “full of prejudice and arrogance”. Under this law, the US can impose sanctions on Chinese and Hong Kong officials it finds responsible for violating the human rights of the protesters.

Gold prices remained slightly under pressure before this on the release of positive economic data from the US which strengthened the US dollar. US GDP improved in Q3 2019 while core durable goods orders rose at the fastest pace seen in nine months during October.