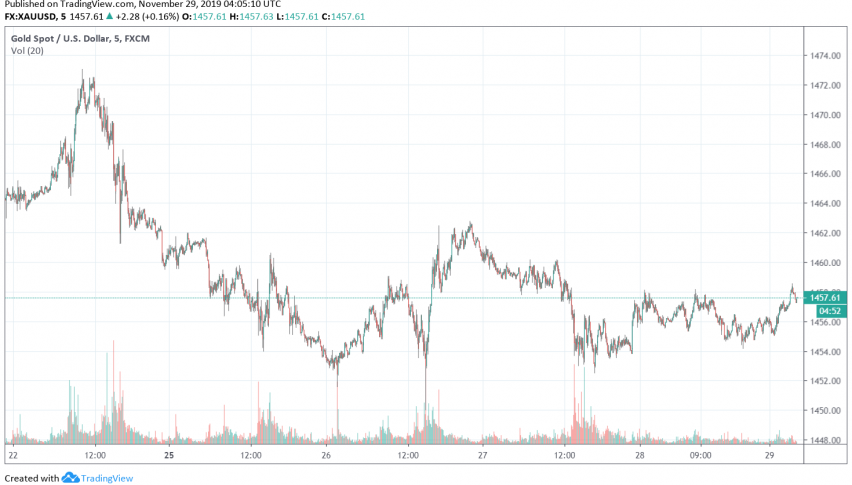 Early on Friday, gold continues to trade bearish and is expected to have the worst performing month in three years over optimism surrounding the phase one trade deal between the US and China. At the time of writing, GOLD is trading at a little above $1,457.

The US dollar had a good week with strong economic data releases strengthening the outlook for the US economy and turning the greenback bullish. This in turn weakened gold which shares a negative correlation with the dollar.

Gold is also trading weaker as a result of a rally in global stock markets. Equity markets are testing record highs around the world on optimism that the US and China are making progress in negotiations towards an interim trade deal, which could revive global economic growth and improve the sentiment significantly.

However, gold remains supported over the possibility of China retaliating against the US’s latest move to pass a law protecting the human rights of Hong Kong protesters. Despite China having warned the US not to interfere, US President Trump signed two bills into law which empower the US to impose sanctions on Chinese and Hong Kong officials deemed responsible for violating human rights on anti-government protesters in HK.