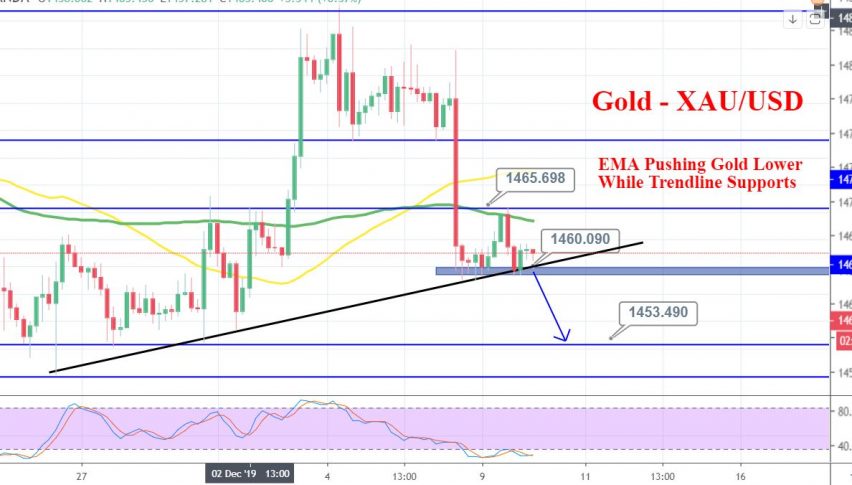 The deadline for the latest US tariffs on Chinese goods on 15 December is coming near and pushing the hopes for escalation in trade dispute of the US & China because of no documentation of the Phase-one deal as yet.

The increased uncertainty over the trade deal has raised the prices of yellow metal in the financial market. Though the Assistant Commerce Minister of China Ren Hongbin has said that Beijing was hoping to reach a trade agreement with the US, which would satisfy both sides. Investors seemed reluctant to follow such comments because of diminished hopes of a deal before 15 December.

The market would stick in this range ahead of the deadline for tariff hikes because of enough trade deal uncertainty to support the market. On Friday, the strong US job report should have decreased gold demand in the market, but the market moved in the reverse direction.

The US Federal Reserve meeting will be held this week, and investors are looking for future clues in this meeting. The central bank is expected to keep its interest rates on hold within the range of 1.50%-1.75%.

The raised global fears of recession and uncertainty of trade disputes and political situations have been supporting gold for a long time, and the same factors are expected to support gold in the coming days to raise it near $1,600 level.

The dollar index and US Treasury yields fell on Monday after the weak Chinese trade data. Chinese officials have threatened to put their own tariffs if the US imposes tariffs on 15 December, which has raised concerns over the completion of the US-China interim trade deal. Hence, gold prices rose on the starting day of the week. 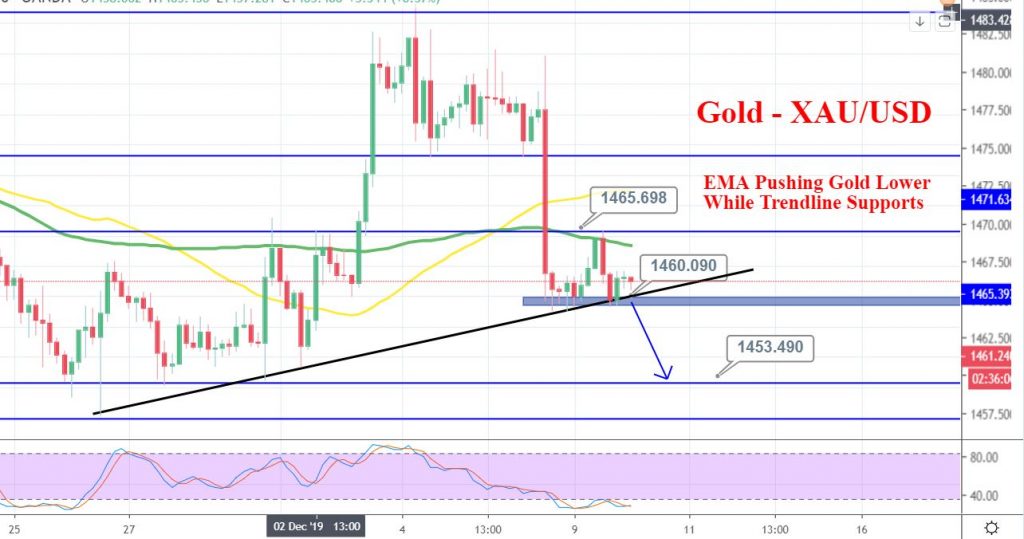 Gold’s technical side hasn’t changed much so far as it continues to trade in line with our forecast. Gold is trading at 1,460 level, having formed an inverted hammer pattern, which is followed by a strong bearish trend.

Usually, patterns like this drive bullish reversals in the market. But at the same time, if we notice Friday’s closing candle, it’s exhibiting robust bearish bias.

Good luck and have a profitable day ahead! 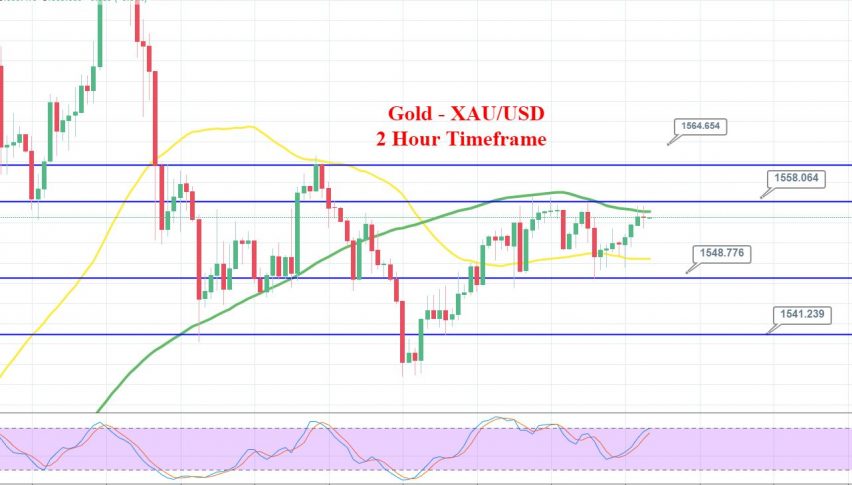