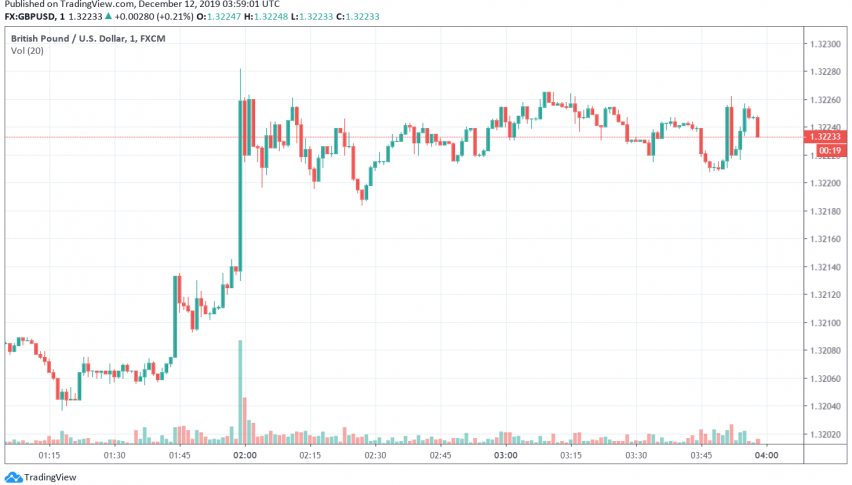 The Pound is trading optimistic early on Thursday against the US dollar as the UK heads to early elections in a bid to make a final decision on the issue of Brexit. At the time of writing, GBP/USD is trading at around 1.322.

Despite latest opinion polls revealing a narrower lead for the Conservatives, there is an upbeat feeling in the air as markets widely expect PM Boris Johnson to come back to power and ‘get Brexit done’. The most recent YouGov poll has predicted a Conservative majority of 28 in the Parliament, significantly lower than the majority of 68 predicted about a month ago.

The YouGov poll also offers a 69% likelihood of a Conservative majority, down from an 80% likelihood from two days prior. Meanwhile, the likelihood of a hung Parliament have increased from 14% just before the 2017 elections to 29% this time around.

GBP/USD is also trading bullish after the US dollar weakened to a four-month low after the Fed’s latest policy meeting on Wednesday. As expected, the Fed has held interest rates steady but is expecting the US economy to post only a moderate growth into 2020.