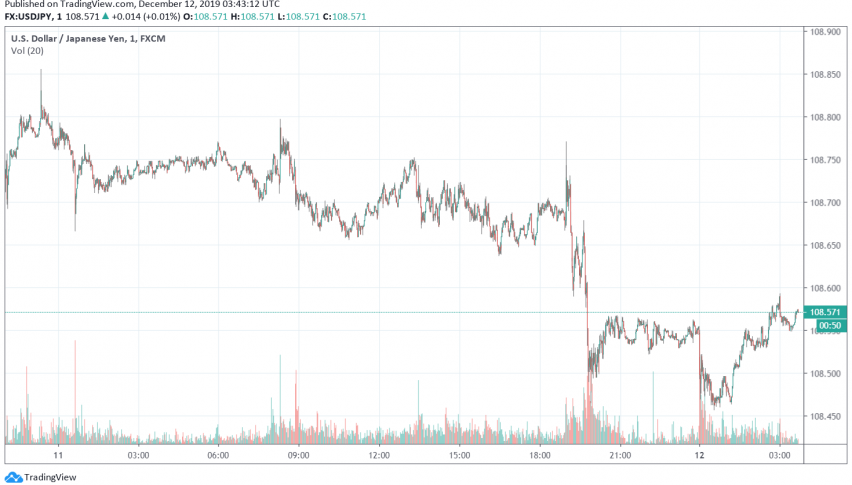 Data released by the Cabinet Office reveals that core machinery orders in Japan registered a surprising monthly decline in October. Japan’s core machinery orders declined by 0.6% during October for the fourth consecutive month on account of the US-China trade war weighing heavily on its manufacturing sector. Economists were expecting the figure to increase by 0.9% instead.

Core orders excluding ships and electricity declined by 6.1% YoY during October while economists had forecast a 1.8% decline instead. Japan’s export oriented economy and manufacturing sector have suffered severely as a result of the ongoing trade war between the US and China as China is one of its leading trade partners.

Core machinery orders is a highly volatile economic data to follow but offers key insight into the state of capital spending in an economy. On the release of this news, the Japanese yen has weakened slightly against the US dollar. At the time of writing, USD/JPY is trading somewhat bullish at around 108.57 despite a weakness in the dollar.