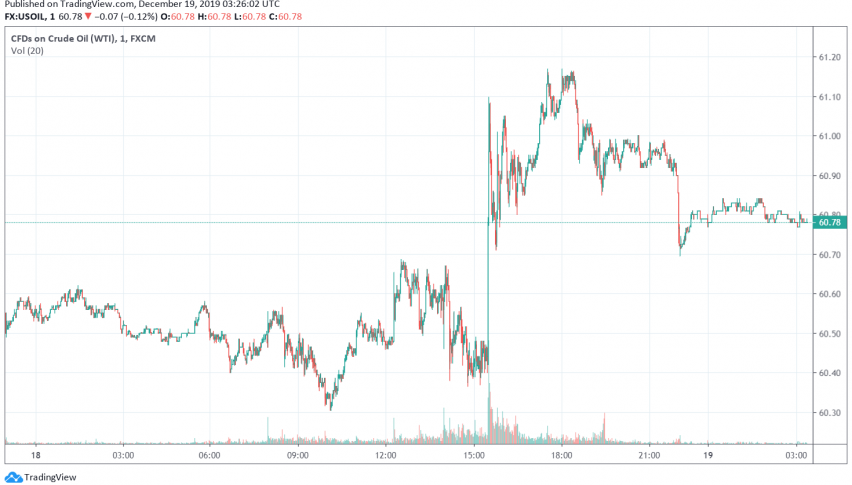 WTI crude oil prices are closing in on three-month highs once again on Thursday, buoyed by the release of the EIA report in the previous session which revealed a drop in crude stockpiles in the US. At the time of writing, WTI crude oil is trading at around $60.78 per barrel.

According to the EIA report released on Wednesday, crude inventories in the US fell by 1.1 million barrels during the previous week. The surprising drop in inventories supported WTI crude oil prices and have turned them bullish.

With the recent bullishness driven by optimism over deeper production cuts by OPEC and allies, the phase one trade deal between the US and China, and now the decline in US crude inventories, crude oil looks set for a third consecutive week of gains. The news of an interim trade deal especially has boosted expectations for a rise in oil demand in 2020, even as supply cuts will help to balance oil markets better.

Forex & Commodities Trading Levels to Watch on Friday
14 hours ago 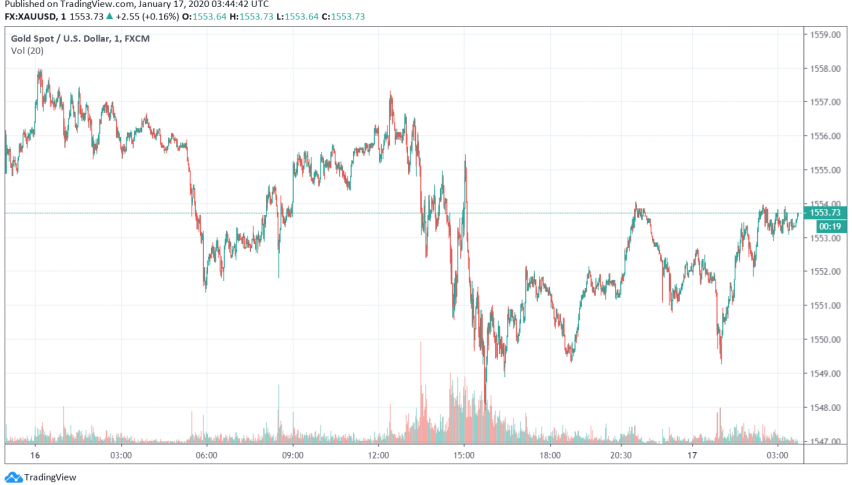