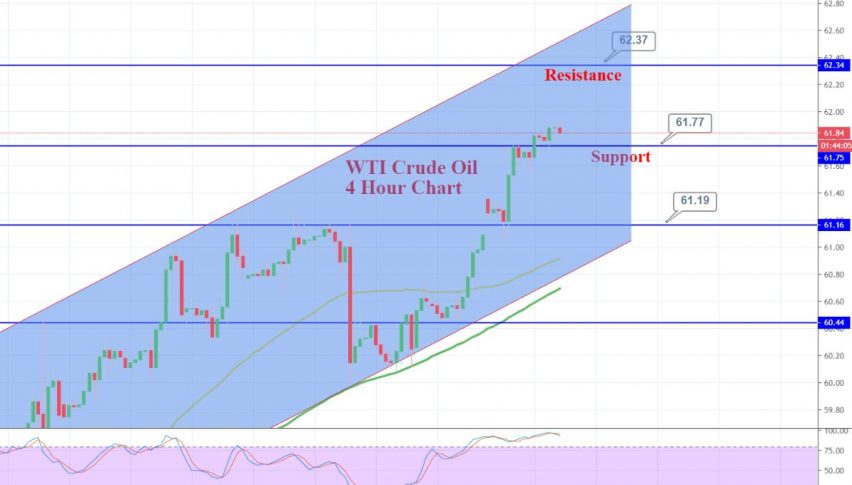 On Friday, WTI crude oil prices soared, hitting a three-month peak at 61.85 amid upbeat economic data from China and the United States. The economic data showed that an end to the trade war between Washington and Beijing has restored faith in global growth.

The bullish trend also came after Russian energy minister Alexander Novak commented that the OPEC and Russia will continue their cooperation as far as it will be considered effective and bring any results.

On the other hand, the market is also flashing green because the United States President Donald Trump said that he and Chinese President Xi Jinping would sign the deal soon in a signing ceremony where ‘we will sign the greatest phase deal of Sino-US.’ Trade uncertainties between the United States and China have kept the pressure on the crude oil market in the wake of worries of recession in demand growth.

On the flip side, the deal signed between Saudia Arabia and Kuwait on Tuesday about the Neutral Zone between the 2-countries may add to supply next year. The purpose behind the agreement is to end a five-year conflict between the OPEC members and restart oilfields which will likely produce 0.5 million bpd or 0.5% of global supply.

However, the crude stocks in the US are expected to have dropped by nearly 1.8 million barrels last week, the second consecutive week of drops. The weekly government report on inventories has been delayed by two days in the wake of Christmas and will be released later in the day. 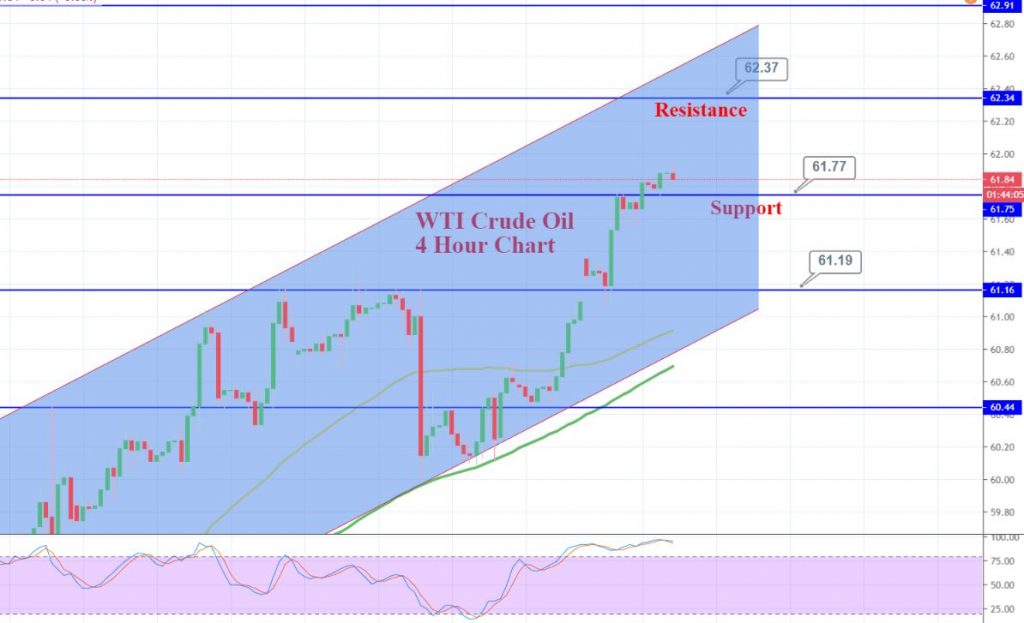 Technically, the WTI crude oil’s bullish channel is still in play as it’s keeping oil supported around 60.50 along with resistance around 61.10. A bullish breakout of this resistance can extend buying until 61.75. US oil is likely to trade bullish over 60.89 and bearish below the same level. Whereas, the bearish breakout of 60.89 support can lead to crude oil prices towards 59.95. Good luck!