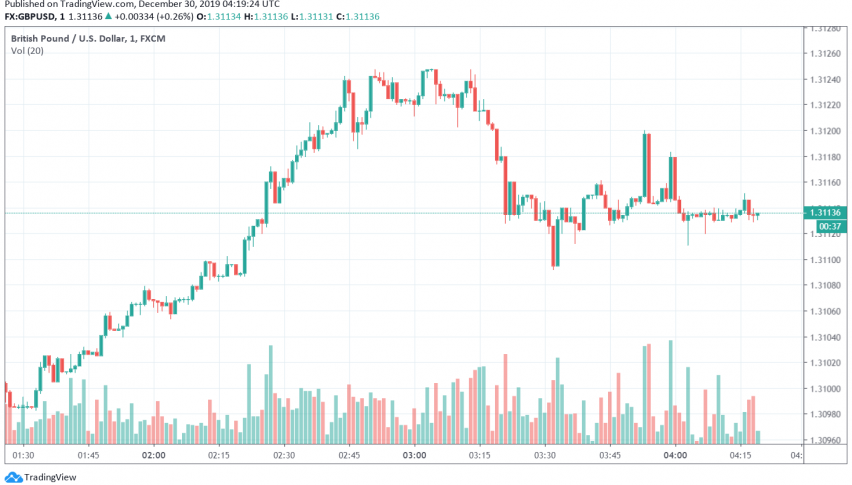 At the start of a brand new trading week, the Pound is trading bullish against the US dollar following recent comments from European Commission president Ursula von der Leyen who hinted at the possibility of extending the transition period deadline for Britain’s exit from the EU. At the time of writing, GBP/USD is trading at around 1.311.

GBP/USD’s initial enthusiasm over PM Boris Johnson’s victory in the recent general elections started to fade over the past couple of weeks after he insisted on enforcing a hard deadline for the end of the transition period on December 31, 2020. This raised concerns of the possibility of a no-deal Brexit as markets were concerned if such a short time would suffice for Britain to negotiate trade agreements with the EU and other nations.

Last week, Johnson managed to pass his Brexit Bill through the UK parliament along with a new clause which prevented the British government from extending the deadline for the transition period. However, Ms von der Leyen explored the possibility of extending this deadline amid concerns that the short period of less than a year may prove inadequate for negotiating an effective trade agreement post-Brexit.

In case Britain fails to negotiate a trade agreement with the EU within the transition period, according to WTO’s terms, the EU will have to impose tariffs on trade with Britain, which could put additional strain on Britain’s economy after Brexit.