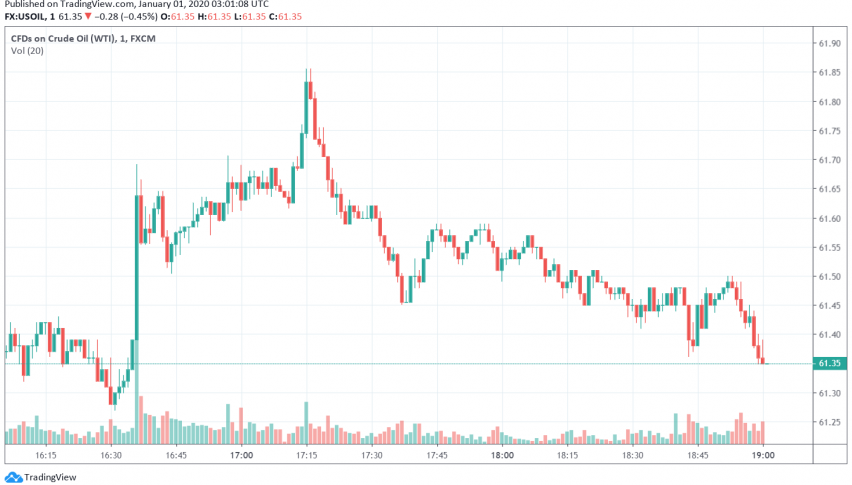 On the first day of 2020, WTI crude oil prices are trading slightly bearish despite the API report revealing a drawdown in US crude stockpiles for the previous week. At the time of writing, WTI crude oil is trading around $61.35 per barrel.

Crude oil prices, however, remain supported over the upcoming phase one trade deal between the US and China. On Tuesday, Trump officially confirmed that the signing ceremony will be held in Washington on January 15 and that he will travel to Beijing to start round two of trade talks after the phase one trade agreement gets inked.