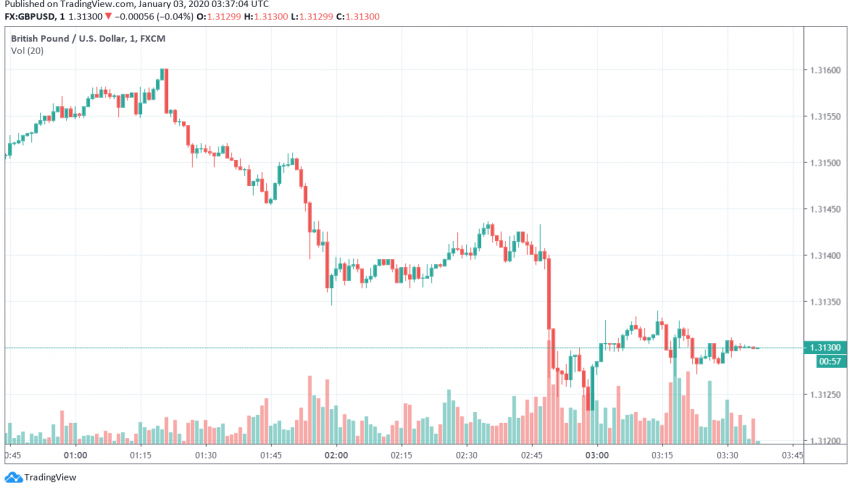 The Pound has steadied against the US dollar after trading bearish on the first trading day of the new year in the previous session over renewed worries about the short transition period to negotiate trade agreements post-Brexit. At the time of writing, GBP/USD is trading at around 1.313.

Amid thin liquidity in financial markets, GBP suffered the highest loss in a single day seen in more than a fortnight over mounting concerns of the hard deadline PM Boris Johnson is insisting on for the end of the transition period. Markets fear that such a short span of time may be insufficient for Britain to finalize effective trade agreements with EU and other trading partners, heightening the possibility of a no-deal Brexit once again.

GBP/USD also weakened following the release of PMI data in the previous session which revealed that British factory output declined at the fastest rate in seven years during December. Prolonged Brexit uncertainties and a general weakness in global economic growth have had an adverse impact on demand, both domestic and overseas, pressuring Britain’s manufacturing sector.