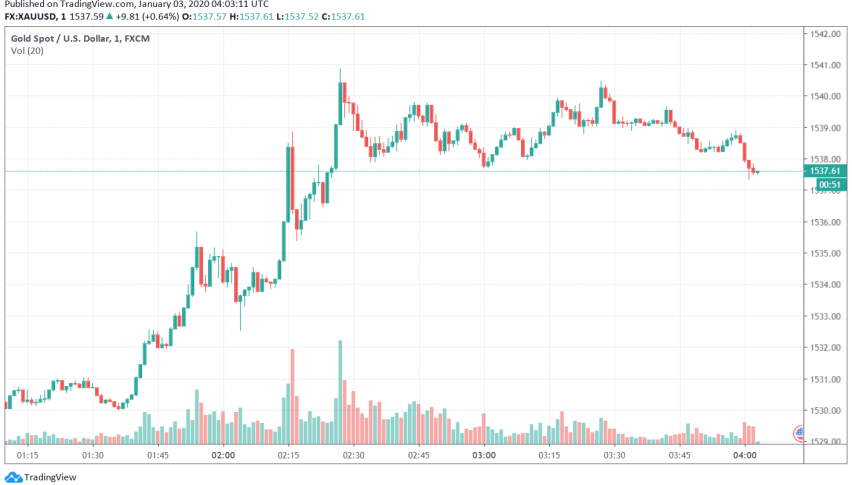 Gold prices have surged to a four-month high following reports of fresh airstrikes by the US against an Iranian militia group that have taken down a senior military official as well as a militia commander. At the time of writing, GOLD is trading at a little above $1,537.

Gold has also turned bullish over a weakness in the US dollar, driven by news of these airstrikes which have heightened geopolitical tensions in the Middle East region once again. The precious metal looks all set to post a weekly gain of 1.9% so far, the fourth straight week of gains.

Gold’s safe haven appeal has increased ever since the US launched airstrikes a few days ago on multiple locations within Iraq and Syria. The latest airstrikes at the Baghdad International Airport have reportedly resulted in the killing of Major-General Qassem Soleimani, head of Iran’s elite Quds Force as well as senior Iraqi militia commander Abu Mahdi al-Muhandis.

Is Gold Turning Bearish On Higher Interest Rates?
9 hours ago